Will APC’s Consolidation Moves Be Enough In Niger? 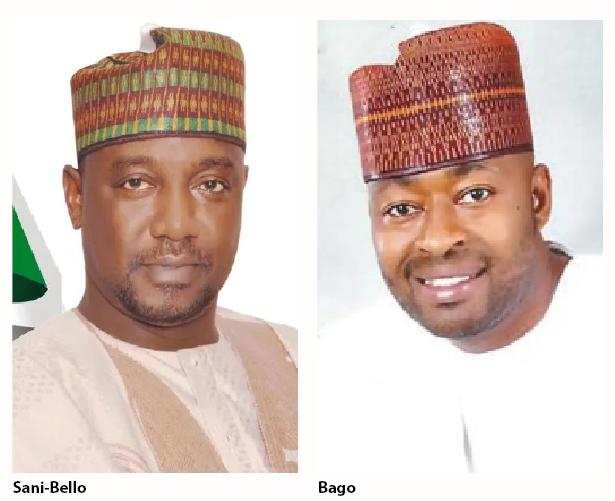 Amid fears that some aggrieved members may dump the All Progressives Congress (APC) in Niger State, the party’s governorship candidate Umar Mohammed Bago, in recent weeks, embarked on reconciliation/consolidatory meetings with party leaders and chieftains across the state.

The reconciliation move by the candidate was in spite of the state governor Alhaji Abubakar Sani Bello’s welcoming of about 500 women from the leading opposition People Democratic Party (PDP) into the APC last weekend at Kontagora.

There were also reports that the deputy governor candidate of PDP Mr Samuel Gomina received 5000 APC members to PDP in Tafa local government area of the state.

However, the notion of defection didn’t sit well within the camp of the gubernatorial candidate. Like many states in the North Central, Niger had been a top PDP state until the 2015 polls which saw the President Muhammadu Buhari-led political tsunami sacked it from government. Its attempt to return in 2019 was elusive as the APC retained the state’s top seat.

Although many pundits argue that internal wranglings led to the PDP’s loss in 2019, others argue that APC’s political roots grew quirker and firmer in the state ahead of the polls.

However, as parties entered the next stage of political process after the primaries, insinuations emerged in the state that some notable APC members were planning to join the PDP.

It was speculated that one of the governorship aspirants in the last primary Alhaji Mohammed Idris Malagi and his supporters were planning to leave the APC.

Malagi, it was learnt, was being wooed by the opposition PDP. A visit by the governorship candidate Alhaji Isa Liman Kantigi to Malagi’s house for a closed door session fanned the embers of a defection rumour.

The rumour also had it that PDP was considering to offer the former APC aspirant its governorship ticket at the time.

Within the same period however, a report emerged that the New Nigeria People Party (NNPP) had offered its governorship ticket to Malagi.

While the NNPP candidate Soko Deke dismissed the report and affirmed his position as the party’s candidate, Malagi rejected NNPP’s offer. He maintained that the support he received since after the primary election season has made him remain in politics, noting however that he will tell his supporters his next political move.

Mindful of such political moves ahead of the election, the unfolding events, was a signal to the APC and camp of its governorship candidate Hon Umar Bago.

After the meeting with the aspirants Bago also met with other critical party stakeholders, comprising elected and appointed politicàl office holders, at the Government House in Minna, where he enjoined all of them to work for the party’s success.

Based on the outcome of the meeting with stakeholders in Minna, the governorship candidate, a fortnight ago, commenced a tour of the 10 federal constituencies in the state.

He started his tour with Bida/Katcha/Gbako Federal constituency in Niger South where he assured them that his victory at the primary was for everyone and urged them to support him to success for the good of the party in the state.

He conceded that from the feelings of the people, the party has lost some goodwill for so many reasons especially on the grounds of political patronage extended to members after 2015 and 2019 elections by those elected to various levels in the zone.

He also said the way the last primaries at the state and federal constituencies levels were conducted spoke volumes of how disenchanted some members have become.

In all these meetings, he agreed that some elected officials have lost touch with their constituents. In view of this realisation, he promised a new deal that will give all party members the desired sense of belonging and patronage.

From Niger East, Bago moved to Niger North where he held meetings with stakeholders in Mariga/Kontagora/Mashegu/Wushishi, Magama/Rijau and Borgu/Agwara federal constituencies.

In all these visits numerous issues were raised and amicable resolutions were reached, which led to the embracing of each other and assurance of victory in the forthcoming general elections.

However, the reconciliation moves enjoyed the backing of the state Alhaji Abubakar Sani Bello who was represented by the deputy governor Alhaji Ahmed Mohammed Ketso in all the meetings.

Interestingly, Kesto who was also an aspirant in the last governorship primaries, urged members to work assiduously for the party’s victory by sensitising electorates to safeguard their PVC’s and ensure they collect the new ones registered recently when INEC starts distribution them.

At a meeting held in Suleja, Keto advised politicians to shun politics of bitterness and chaos and urged more support for APC. He assured a better deal for party members.

Bago was always accompanied by his running mate Comrade Yakubu Garba who assured of an all inclusive government and patronage of party members.

But how deep will these engagements go ahead of the election is another matter.

Special adviser, political and strategy to the governor of Niger State Alhaji Mohammed Nma Kolo told LEADERSHIP Friday that the meetings are a good development which will make the work easier for the party ahead of the 2023 election.

He said engaging the party members to ventilate their misgivings and anger after the last primaries can only make the party get better structurally and stronger going into the polls.

Kolo said feedback so far from the engagements, shows that the work of the reconciliation committee has been made easier, saying that “he (Bago) has demonstrated that he has the capacity to carry everyone along.”

He said it is obvious that he is not an armchair politician and that he is ready to create a cordial political relationship with party members and critical stakeholders.

Speaking also, an APC chieftain in the state, Abdullahi Umar Evuti, said the reconciliation tour initiated by the APC gubernatorial candidate, has gained momentum and reception. He added that the forum goes on to strengthen APC’s unity in Niger State.

“Bago’s ingenuity and the success recorded from the tour so far is a testament that he has the experience and capacity to lead Niger State and Nigerlites along the lines of peace, unity and prosperity. We are stronger Together” he said.

Another party member, Bello Ibrahim, after a reconciliation meeting in Shiroro/Munya/Rafi Federal constituency, said “I was privileged to speak on the grievances of Shiroro people at the ongoing APC reconciliation tour in Niger State. I dwelt on pervasive insecurity as that is the only true grievance of Shiroro against the APC.

“Bago resonates hope in my dampened spirit. The Bago I saw is an emboldened lion that will prey on the enemies of Niger State and lead us to limitless prosperity” he added.

Also Musa Mohammed said the move has shown that Bago will have empathy for the people and will be ready to bridge the gap of communication.

Clearly, the APC candidate hopes to paper the cracks within the party before the campaigns formally begin later this month.

As it is panning out, the task before the APC will be different from that of 2015 and 2019, because the APC has a record that will be used to judge it and it won’t have a sitting governor seeking reelection.

Moreso, the party will face a PDP which seems a bit more united, following the return of some of its chieftains like former minister of Information, Prof Jerry Gana to the party. But whether the party will be very formidable is another matter even though it has a candidate who also enjoys grassroot support.

No doubt, the APC candidate and his men have a tough task ahead of them, whether Bago, also renowned for being a grassroot politician, has done enough in reconciling party members will tell with time, but for pundits, following through with the process, in itself, is a good start.