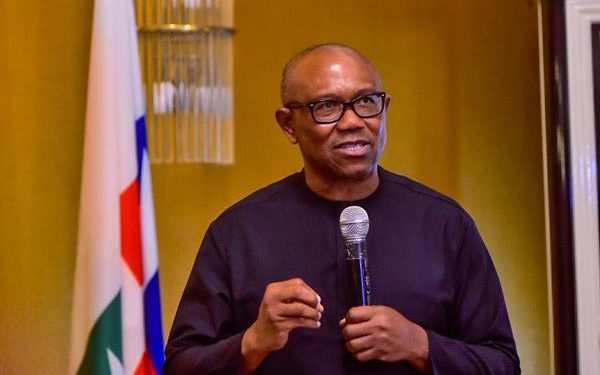 Former governor of Anambra State, Chief Chukwuemeka Ezeife, has called on Nigerian youths to work for the success of the Labour Party presidential candidate, Mr Peter Obi, in the 2023 general elections.

Ezeife, a Third Republic politician, gave this charge when a socio-political pressure group, United Coalition for Youths Awareness, visited him in his Abuja residence and appointed him as their national patron.

The former governor while receiving the crowd of the youths and the appointment letter thanked God that a new Nigeria has come where there will be peace, unity and progress.

He said, “I feel very touched. Let me tell you something that will strengthen your belief in Peter Obi. I was the first elected governor of Anambra State, and I am proud. I thought I was a man of integrity, a man of high value. I was proud, but many years after I left office  I went to the Enugu Airport during the reign of Peter Obi. I saw Peter Obi carrying his own luggage as governor of Anambra State.

“When I was governor, people carried even my brief case. A governor in Nigeria carrying his own luggage? I had never seen it before, even I had not done it before,” Ezeife said, adding that integrity is a very scarce commodity in Nigeria, especially now.

“I have integrity but Peter Obi beats me because he said public money must be used for public welfare. Now, because somebody who is carrying my luggage is paid. That money paid to him was not used for public welfare as such. So, I think anywhere, that’s the testimony I normally give to those who want to understand why I am with Peter Obi.

“Let me tell you, young men, no country in this world we live in is luckier than Nigeria. In terms of resources, any plant you can grow anywhere in the world, can grow in Nigeria. If it cannot grow in my village, you go to Gembu and plant it, it will grow. Plants and animals are so plus.

“What I am trying to say is that we have a country that we should be proud of, not just proud but be arrogant about it, but man has messed it up.

“People are looking for what they get from the positions they occupy and not what they will give in terms of brain power or intellectual. How to make young people better, and this is getting worse now,” he said.

The coalition’s national chairman, Mr Anthony Okonkwo, said the group started in 2013 and had worked with the All Progressive Congress (APC), but shifted its support to Peter Obi after the emergence of Bola Ahmed Tinubu as presidential candidate of the party, saying Tinubu is not a good enough candidate for them to market.