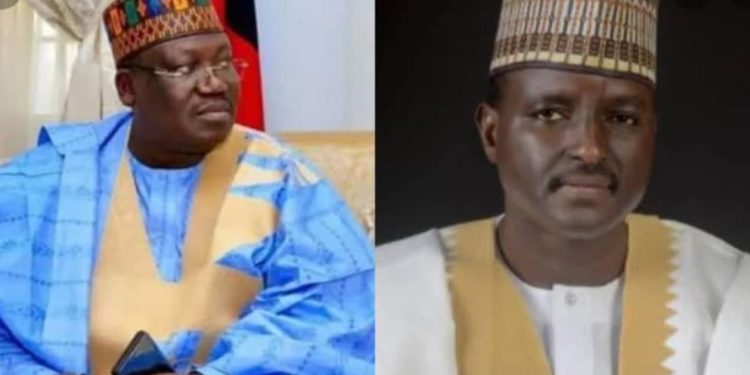 Senatorial candidate of the All Progressives Congres (APC) for Yobe North senatorial district of Yobe State, Hon. Bashir Sheriff Machina, has threatened to seek legal redress over alleged substitution of his name with that of the Senate President, Ahmad Lawan, in the list sent to the Independent National Electoral Commission (INEC) by the party on Friday.

Lawan’s name was uploaded on the commission’s server by the governing party alongside other senatorial candidates across the 36 states of the federation and the Federal Capital Territory (FCT).

LEADERSHIP reports that Machina contested the Yobe North primary election on the platform of APC was duly returned elected in an exercise monitored by INEC and security agencies.

But Lawan, who contested the presidential primary of the party and lost to Asiwaju Bola Ahmed Tinubu did not participate in the party’s senatorial primary in Yobe North senatorial district.

But APC had written INEC, informing the electoral body that the Senate president will be its nominee for the Yobe North senatorial seat, which Lawan currently represents.

Miffed by the development, Machina reacted to the development on Friday night and vowed to go to court to challenge the attempt to steal his mandate.

Briefing journalists in Abuja, Machina appealed to the APC to correct the omission of his name, saying he would have no option than to seek legal redress if his name remains substituted with that of Lawan.

Vowing never to back down on his mandate, Machina said, “In the list sent to INEC, my name was found to be misrepresented. I don’t know whether it was erroneous, my name was not in the list of the names that was said to be presented today to INEC. For the avoidance of doubt, I remain the candidate duly elected of the APC Yobe North zone C senatorial zone.

“I am the elected candidate; I did not withdraw for anybody and will not withdraw because as a matter of right that is the mandate given to me by members of our great party, the delegates. So surreptitiously removing my name, I consider, is very undemocratic, illegal and of course human.

“Insha Allah, I will take measures, first by reminding and appealing to my party that if this action is truly done, it should be corrected, especially if it is erroneously done. We are actually seeking redress from the National Working Committee of our party under the able leadership of Senator Abdullahi Adamu, the national chairman, that there is an anomaly and we need it to be corrected.”