UMAR Mohammed, writes on the twists and turns in Zamfara State politics ahead of the 2023 governorship election.

by Umar Mohammed
in Politics
0 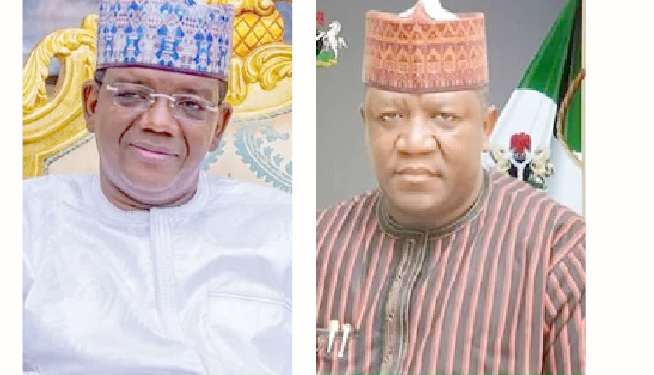 The nature of Zamfara politics is becoming almost synonymous with defections and the events leading to the 2023 general elections in the state proves this much.

Since the build up to the 2011 general election, it would seem like decamping to another party for either political relevance or survival has become a major feature of the power game in the state.

In 2008, a year after Governor Mahmud Aliyu Shinkafi of the defunct All Nigeria Peoples Party (ANPP) dumped his political party and joined the then ruling party, Peoples Democratic Party (PDP), defections became typified in the state.

Shinkafi’s move to join PDP generated intense crisis and division within the ANPP. The division widened as all efforts to reconcile the warring factions led by Shinkafi and his predecessor  Sen. Ahmad Sani, proved abortive. Not even the interventions of some influential traditional rulers helped the situation.

While Shinkafi left, the former governor, Sani and his cohorts remained behind in the ANPP, holding the forte and biding their time.

As the 2011 election got closer, ANPP and PDP supporters crisscrossed parties almost on a daily basis. To some extent most of the cabinet members in the Shinkafi government still had ties with Yarima’s ANPP, effectively acting as mole.

PDP and Shinkafi eventually lost the state governorship polls as the ANPP returned to power through the victory of Abdullaziz Yari who would later oversee the merger of ANPP and several other opposition parties into the now-governing All Progressives Congress (APC) in the state in the buildup to 2015. Yari enjoyed the backing of Sani Yarima.

Although, Yari enjoyed major dominance in the state for the better part of eight years, especially as he edged out Sani, his friction with Senator Kabiru Marafa, leading to a split in the party and ultimately a loss of the party at the 2019 polls because the Court ruled all its candidates as illegal.

However, the defection trend returned after Governor Bello Matawalle dumped PDP for APC in pursuit of his second term ticket.

Initially, some strong APC members opposed Matawalle’s joining the APC, especially for fear that he would have absolute control of the party as governor. At this time the friction between Yari and Marafa over the control of APC in the state was still on.

The face-off led to a series of legal battles bordering on many issues ranging from the dissolution of the elected local government council chairmen and councillors, conducting congresses for the election of wards, local government and state party executives.

The dirty fight continued until recently, when the APC national leadership under the chairmanship of the Sen. Abdullahi Adamu, waded in and reconciled the warring factions.

Governor Matawalle’s defection enveloped all the three senators, Sen. Lawal Daniya, Sen. Sahabi Yau and Sen. Hassan Mohammed. While six members of the House of Representatives also joined the APC, Hon. Kabiru Yahaya hung on with the PDP along with the deputy governor, Barrister Mahdi Aliyu, who was later impeached by the state assembly.

The reconciliation however, charted a new course for the APC in the state with former Yari and Sen. Kabir Mafara, became senatorial candidates for Zamfara West and Central.

However, the reconciliation of the Yari and Marafa camp with that of Matawalle had caused ripples among the majority of their supporters as some opposed the idea of reconciliation with the governor. They seemed bent on working against the governor in the forthcoming election.

As such the reconciliation forced some APC members to return to the PDP, having lost out in the reconciliation process. They were unable to get return tickets to the National Assembly. The lawmakers are Engr. Sulaiman Gumi of Gumi/Bukkuyum, Shehu Ahmad of Maru/Bungudu, Hon. Bello Hassan of Shinkafi/Zurmi and Ahmad Maipalace of Gusau/Tsafe federal constituency as well as Hon. Sani Umar of Kaura Namoda/Birnin Magaji.

To demonstrate their commitments to the true reconciliation, both Governor Matawalle and Yari sent text messages to their followers during the sallah celebrations commending the reconciliation.

Governor Bello Matawalle also described the political reconciliation with Yari as a victory for democracy in the state.

According to him, the reconciliation was done in good faith with a view to work together and move the state forward.

He wondered why some people were entertaining fear that a few frustrated politicians who were against the reconciliation could make an impact in the 2023 election.

“I want to use this opportunity and state that APC is rooted in all nooks and crannies of Zamfara State, but let’s wait and see how a particular local government area can constitute a threat to us”, he said.

Matawalle however, said going by the reconciliation, every member of the APC would have equal treatment in the party and government in the state.

Also, the former Governor Abdul’aziz Yari issued a strong warning to his followers against any reservation in supporting the candidature of Matawalle in the 2023 governorship election.

Yari, who stated this when he received state APC executives on a courtesy visit, maintained that the reconciliation of the APC factions was done in good faith for the development of the party and the state under the leadership of Governor Matawalle.

“Let me state in clear terms that you don’t support me, if you don’t support the candidature of Gov. Matawalle as we are one in APC, so any of my followers contemplating not supporting Matawalle should also reject me, I don’t want his support”, he added.

According to him, by the beginning of the month of August, he will move round to polling units within the senatorial district and drum up support for Governor Matawalle.

Yari urged the party leadership to work hard for the victory of the APC at all levels during the 2023 general elections.

He thanked the party leadership for the visit and promised to do everything possible to support their activities at all times.

But some influential APC members have started decamping to the PDP. The likes of Salihu Maibuhu Gumi, Alhaji Rabiu Illili Bakura, Alhaji Garba Bisu and a host of others have made contacts with the PDP in secret.

But the same seems to be happening in the PDP as the deputy chairman of the PDP also resigned and moved to NNPP among other prominent politicians. Clearly, pundits believe that the state is now in a season of defections by politicians in the state.

However, as a replica of what happened in 2011, there is an allegation that a PDP chieftain is in contact with some senior civil servants, even permanent secretaries in the administration.

“Look, even permanent secretaries close to the governor have been making contact to reach our gubernatorial candidate, and given us some tips on the government activities”, a source added.

Though crisscrossing between the two powerful political parties rages, some pundits aver that it might not affect the chances of the ruling APC to retain power in the state based on the combined political structure of Governor Bello Matawalle and that of the former Governor, Abdul’Aziz Yari and Sen. Kabir Marafa.

But an insider within PDP, revealed that PDP gubernatorial candidate Dauda Lawal Dare is not leaving anything to chance as he is also working hard to gain the upper hand. He is hoping to leverage on the simmering anger within the APC and the perception of how the governor has performed in the state with regard to governance.

As the race for 2023 mounts, political activities in Zamfara would remain intense and unpredictable, pundits avert.