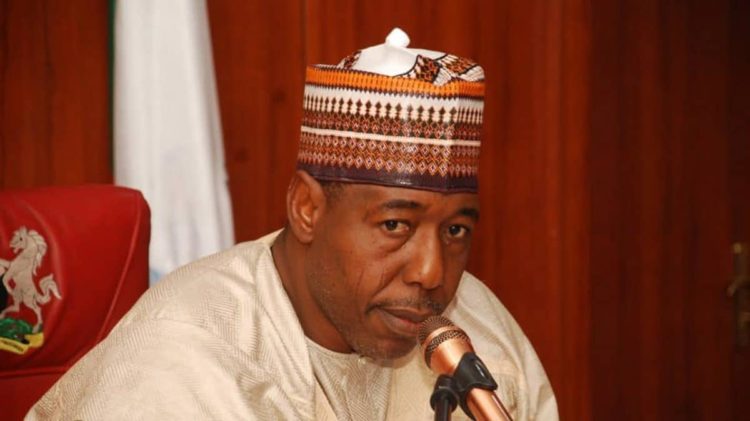 Borno State governor, Professor Babagana Umara Zulum has presented 2023 budget of N234.8 billion to the State House of Assembly for passage into law.

The governor added that the 2023 budget like the 2022 budget shall be based on the Federal Government Fiscal forecast for 2023 to 2025 Medium Term Expenditure Framework which is already domesticated for the first time in the state through the support of State House of Assembly recently.

He said the 2023 budget shall therefore be facilitated by enhanced Internally Generated Revenue (IGR) as projected.

” The 2023 budget projections are therefore based on the following assumptions: Expected Statutory Allocation Revenue of the Federal Government based on expected rise in crude oil prices and daily production rates and a Mineral ratio of 22 percent.

” Expected rise of local Revenue Collection as a result of sustenance and continues enforcement of payment of Ground Rent, and improving revenue generation of up to 25 percent annually. Proposed crude oil price benchmark of US $75/barrel and a daily production of 1.5 million barrels/daily. A projected National Inflation rate of 13.10 percent and National Real GDP growth rate of 3.10 percent .A proposed Exchange Rate of N415/$,” Zulum said.

Kaduna Recorded Over 300 Cases Of GBV

Kaduna Recorded Over 300 Cases Of GBV