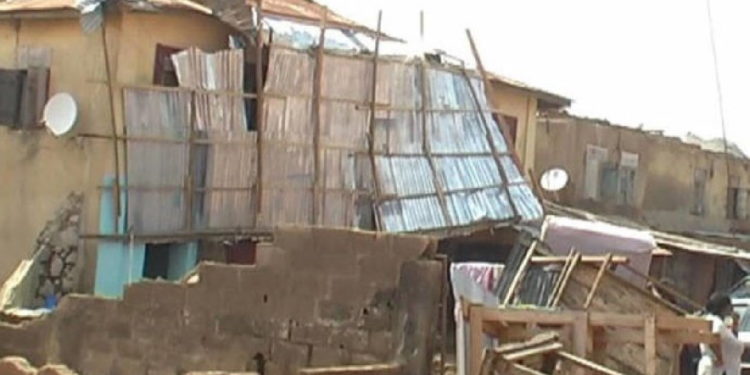 Executive secretary of the Kano State Emergency Management Agency, Dr Sale Jilli, has said one person was killed and 32 houses destroyed by windstorm and flood, which swept through Yan Tsagai Village in Rano local government area.

Jilli told journalists that several people were also displaced by the disaster.

He said the agency had deployed its personnel to the community to assess the extent of damage for intervention.

“We visited Yan Tsagai Village and distributed relief materials to the victims as measures to alleviate their sufferings.

He advised the residents to keep their drainages clean and avoid building houses on waterways to avert flooding.

He said so long as the people failed to abide by it that they would continue to count losses annually.