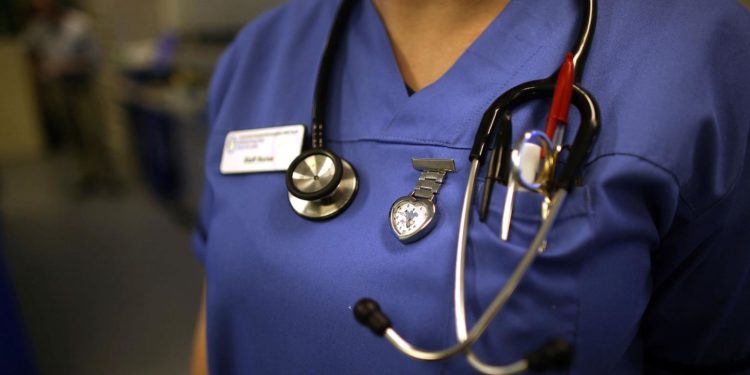 The award ceremony, organised by the DR. Aminu Magashi Foundation, was aimed at celebrating and encouraging the most outstanding healthcare front-liners who have demonstrated and achieved great excellence in their field of endeavor.

Speaking at the event, the coordinator of the Africa Health Budget Network (AHBN), Dr. Aminu Magashi, said at the beginning of the COVID-19 pandemic, front line healthcare workers faced the unknown of a new disease.

He said “When it started, there was no Personal Protective Equipment (PPE), many were using whatever came their way for protection, gradually support started coming from the government and development partners.

“The COVID-19 has changed the way we think to understand that the health workers working at the facility level are very key.

Magashi said the country was faced with local and global public health challenges, therefore stressing the need to stand in solidarity with healthcare workers, as the world was still reeling under the pandemic

He said “They have been putting their lives at risk to fight the virus, and all countries and organisations must work together to recognise healthcare workers.”

Magashi said he decided that the award which was meant for him, should be given to the right people, which are the health workers.

“Rather you give me an award every week that I don’t need, It is better we identify a mechanism that will be rewarding and honouring health workers. That is the rationale behind this gathering. We are starting with gwagwalada with Bwari, we hope that by next year, the entire six local government councils will also enter this process and there will be an online application form that everybody will be eligible to apply for, to ensure that every health worker has an equal chance of being selected,” he said.

The executive director of HEDCODEC, Kabir Abddulsalam, said the award was instituted to celebrate and encourage the most outstanding Health front-liners who have demonstrated and achieved great excellence in their field of endeavor.

He said the HEDCODEC had planned to present an award to Dr. Aminu Magashi for his outstanding performance in the humanitarian sector but it was later remodeled by the two organisations to become a sustainable mechanism for awarding outstanding front-line health workers in the country, who have demonstrated and achieved great excellence in their field of endeavor within Bwari, Gwagwalada Area Council, Abuja.

He said as the median edition, out of 52 and 33 Primary Health Care (PHC) centers in Bwari and Gwagwalada Area Councils Respectively, they randomly selected three frontline health workers each.

“We made advocacy and submitted awareness letters to the facility for participation. We received a total of 64 entries for 5 categories from 6 facilities in Gwagawala and Bwari Area Council FCT.

“38 health care providers were shortlisted, after field data collection by the HEDCODEC award committee, the team was able to review it to 25 finalists before submitting the report to the Panelists after scaled to the final stage as graded based on merit after rigorous scrutiny by the Editorial Committee,” he explained.