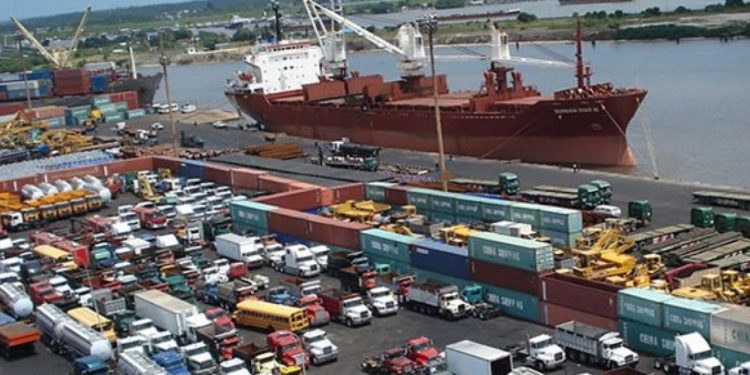 Speaking to newsmen after a tour of the Calabar Port and after paying a courtesy visit on the Obong of Calabar, Edidem Ekpo Okon Abasi Otu V, the managing director, Mohammed Bello-Koko, said litigation between the agency and the dredging company has stalled the dredging of the Calabar channel.

He, however, disclosed that NPA, Federal Ministries of Transportation and Justice have resumed discussions on how to settle the issue out of court so that dredging can continue and vessels with deeper draught can berth at the port.

He said, “the channel management was awarded many years ago but there is litigation between the Nigerian Ports Authority and the contractor that was awarded the contract and this has inhibited our ability to dredge the channel. But, what we have done in recent time is to start looking for out of court settlement.

“The port authority is working with federal ministry of transportation and ministry of justice, they have resumed discussions in terms of how to settle this out of court. That has to be done inorder for us to either return the same contractor to continue dredging or appoint another company to do the dredging of the channel. That has been what has delayed or stopped the dredging of that channel, we have taken it very serious, it is one of the reasons why we are here today and to also meet with terminal operators and discuss with them, reassure them that government is taking all necessary action to ensure that the issue is taken care of as soon as possible,” he said.

The NPA boss also disclosed that draft limitations has been hindering the calling of vessels at the Calabar Port but disclosed that discussion is ongoing with importers for more vessels to berth at the port using flat bottom vessels.

He stated that the port has close proximity to the North Eastern and Central part of the country, hence the need for it to be viable for importers in the North to import and export their consignment.

His words, “In bringing traffic to Calabar, we are not oblivious of the draft limitations along the channels, but we believe that there are still business that can still come here, import can come to Calabar rather than taken to Lagos. Don’t forget that Calabar is strategically located as the nearest port to the North Eastern and some part of the Central states in the country. There have been regular interactions with importers which took place in Calabar some months ago and also Port Harcourt and we are here to have the same discussion.”

“We have been discussing with shipping companies and the consignees themselves. We would locate major importers into the country and encourage them to use Calabar. And also, exporters to ensure export products are taken out through the seaports.

He continued, “ About two days ago a vessel came in with a lot of trucks and equipment, it did not just come from nowhere, it came because of the efforts being made by the port manger and executive management of the NPA. So we will continue with these efforts to see that the ports in the Eastern part of the country become more active.”

Meanwhile, the  port manager of Calabar Port, Festus Olumati, has told the managing director that vessels traffic into the Calabar Port Complex has increased in the last five months.

According to Olumati, between January to May, 2022, vessel traffic into Calabar Port recorded high returns with huge corresponding increase in the revenue of the authority.

He said, “within the period under review, ship traffic into Calabar Port recorded high returns. Number of vessels received were 72 while the Gross Register Tonnage (GRT) is 1,611,441 and a cargo throughput of 990,154.

“The cargo turn around time is 4 days per ship with 16 container TEUs and 15 percent berth occupancy.”

He, however, disclosed that the port generated $6.6m and N646m generated in in local currency.

“Sir, it might interest you to know that these improvements in our modest efforts had a huge corresponding increases in the port’s revenue intakes. From January to May 2022, our revenue growth earnings increased as follows: revenue generated in dollars, $6.6million; actual revenue in dollars collected, $5.8million; revenue generated in naira is N646million and the revenue collected in naira is N309.2million

According to him, that has reduced reduced daily operational cost in the Port, “Sir, since I assumed office as Port Manager, Calabar Port, my Management Team and I have conscientiously worked with a dedicated target of delivering on our mandate. These concerted efforts have yielded modest positive impacts on our overall operations and finances in particular.

“Permit me to intimate you and your team that under my watch, the frosty relationship between the Port and Calabar Electricity Distribution Company (CALEDC) which led to the disconnection of the Port from the National Grid and total reliance on diesel Generators to power the Complex, resulting in very high running cost, have been resolved. Calabar Port is now enjoying electricity Supply from the National Grid which has reduced daily operational cost in the Port.”

“Similarly too, the National Youth Service Corps (NYSC) whose relationship with the Port got soured some years now due to some marked misunderstanding, have now been resolved and Corps members are now being posted to the Port for their one year Primary assignment.”

“These seamless power supply coupled with improved working environment propelled the recording of higher returns in the last five months (January to May 2022) in terms of accruable earnings.”