Uzodimma Not Down With Stroke – Imo Govt 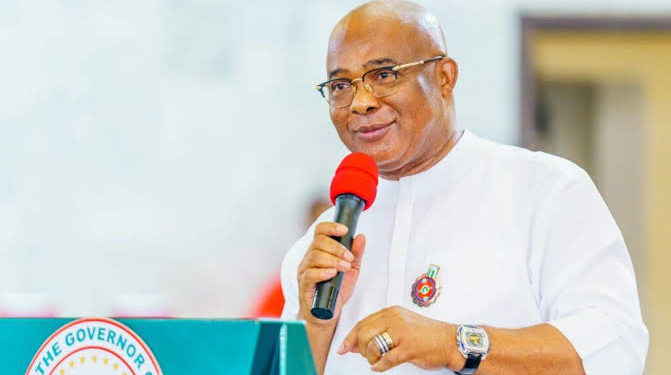 The Imo State Government has raised the alarm over the attempt by people it called faceless that Governor Hope Uzodimma is down with stroke and was rushed to India for treatment.

Information Commissioner, Chief Declan Emelumba, in a statement on Wednesday, dismissed a voice note circulating across social media platforms that Uzodimma was sick as a result of stroke.

He maintained that the governor was hale and hearty and discharging his functions.

Emelumba said, “Uzodinma is not afflicted with any challenge that would have led to a stroke. His Excellency attended a meeting with the president alongside other APC governors this morning. As I speak, he has entered another party meeting with other stakeholders ahead of APC’s convention. So I don’t really know what those concocting this rumour want to achieve.”

According to him, the allegation was “unfounded, wicked and a mindless fabrication”.

He added, “It is clear that those who do not wish the governor well have been fantasizing about a phantom illness, but they will continue to be disappointed as Uzodimma is enjoying robust health and attending to state duties.”

Emelumba warned the purveyors of the rumours to desist forthwith before they suffer unmitigated disaster.

The commissioner called on the public to ignore the voice note, saying “disregard this fabrication from mentally deranged elements seeking attention over nothing”.