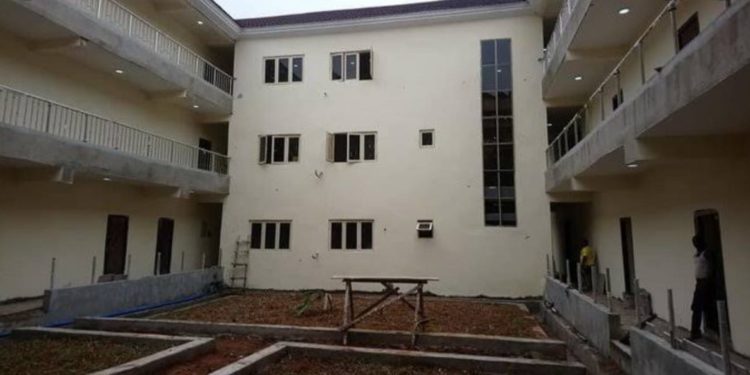 An Asset Of Nok University

A Federal High Court sitting in Abuja, on Wednesday, ordered the interim forfeiture of every asset of NOK University, based in Kaduna State.

The University, built by a former Director of Finance and Accounts (DFA) in the Federal Ministry of Health, Anthony Hassan, was suspected to have been built from the proceeds of unlawful activities traced to its owner.

Hassan, who was a DFA in the ministry between 2016 and 2019, allegedly built the University through fraudulent means.

Other properties traced to Hassan which are also forfeited in the interim are Gwasmyen Water Factory, Gwasmyen Event Center and Gwasmyen International Hotel in Kaduna.

The trial judge, Justice Zainab Abubakar, gave the interim forfeiture order while ruling on a motion ex-parte brought by the Economic and Financial Crimes Commission, (EFCC).

Counsel to the EFCC, Ekele Iheanacho, told the court that the anti-graft agency sought the order “pursuant to Section 44(2) of the Constitution of the Federal Republic of Nigeria, 1999 (as amended) and Section 17 of the Advance Fee Fraud and Other Fraud Related Offences Act No. 14, 2006 and under the inherent Jurisdiction of the Honorable Court”.

The Commission through her investigative Officer, Adaora Asabe Oragudosi, investigated some verified intelligence bordering on criminal conspiracy, stealing, abuse of office and money laundering against some staff of the Federal Ministry of Health where the properties ordered forfeited were traced to the defendant.

In the ruling, the court directed that the interim forfeiture order be published in the National dailies, alerting anyone with interest in the properties to show cause, within 14 days, why it should not be forfeited to the Federal Government of Nigeria.

Justice Abubakar adjourned the case till October 5, 2022, for mention of the matter.

LEADERSHIP reports that the private university was few months ago approved by the Federal Government.

Uzodimma Not Down With Stroke – Imo Govt

Uzodimma Not Down With Stroke - Imo Govt