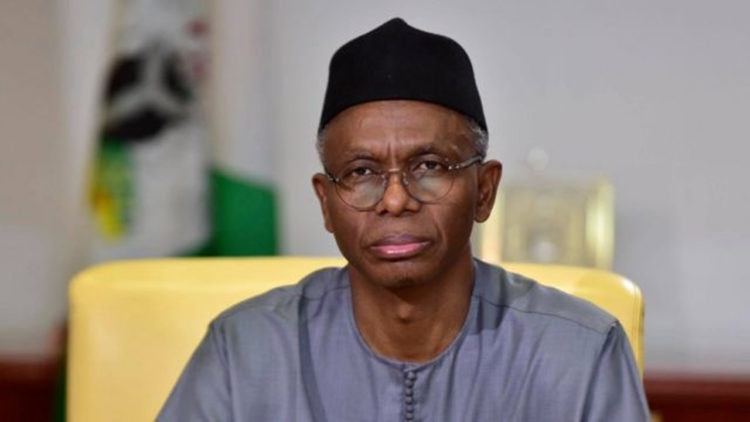 Barely 24 hours after Governor Nasir el-Rufai of Kaduna State condemned the lynching of two persons believed to be herders in Birnin-Gwari local government area of the State as well as ordering investigation into the incident, Birnin Gwari Emirate Progressive Union (BEPU), has revealed the identities of the lynched persons, saying that they were not herders but terrorist mercenaries from Sudan.

BEPU, which released the identity card of one of the duo, stated categorically that, “records which BEPU is privy to, show that, the lynched ‘herders’ were terrorist mercenaries from the Republic of Sudan. Therefore, the lynched persons are not herdsmen as falsely reported earlier but international criminal syndicates that have been terrorising Birnin-Gwari Local Government Area (ID cards attached).”

Governor el-Rufa’i had on Sunday condemned the killing of the two persons by a mob in Birnin Gwari local government area of the State and directed that investigation be launched into the incident with a view to fishing out the culprits and make them face the full wrath of the law.

Recall that a statement issued by the State’s Commissioner for Internal Security and Home Affairs, Samuel Aruwan, had also said security agencies reported that the mob forcefully seized the two ‘herders’ from security personnel, on unsubstantiated claims that they were linked with banditry. The mob then lynched and burnt the ‘herders’, even though they had not been found complicit of the allegations.

Aruwan had said, “the Governor cautioned against further actions of self-help, and warned against dangerous stereotyping, labeling and similar lawless dispositions capable of stirring up violence. He renewed appeals for consistent recourse to constituted agencies.“

Meanwhile, the Birnin-Gwari Emirate group in a counter-claim contained in its statement released on Monday, said its findings revealed that the mob action occurred after the suspects (the lynched persons) forcefully snatched a motorcycle from a farmer on the outskirts of Birnin-Gwari town.

According to the statement signed by BEPU chairman, Ishaq Usman Kasai, the Union said it was clearly against any form of mob action under any guise, but claimed that the lynched persons were not herdsmen, but terrorist mercenaries from the Republic of Sudan.

“Birnin-Gwari Emirate Progressive Union (BEPU) is saddened with the mob action by aggrieved youths in Birnin-Gwari on Sunday 2nd October, 2022 where two alleged “herdsmen” were killed in a cruel and gruesome manner.

“BEPU, a distinct and peaceful union is clearly against any form of mob action under any guise and is hereby drawing the attention of the citizens not to resort to taking laws into their hands irrespective of frustration and provocation.

“Citizens are urged to always channel their grievances to appropriate authorities and above all continue to devote themselves to prayers for divine intervention in the current insecurity situation.

“The Union once more appreciates the efforts and successes recorded by the resilient security forces in their efforts to sanitise Birnin-Gwari general area and calls on them to step-up the operations into communities that surround Birnin-Gwari town where bandits are currently demanding and forcing communities to pay ‘protection fee’ and crop harvesting levies, respectively.

“Clearly, while the lynching of the suspected bandits is highly condemnable, the Union observes with deep concern the way the issue has been reported to selectively and deliberately portray Birnin Gwari in the bad light, and targeted to prove a false narrative on the issue to endanger the helpless innocent citizens of Birnin-Gwari Local Government.

“While we appreciate government’s resolve to investigate and bring perpetrators of this primitive act to book, we equally observe that, Government officials seem to be so in haste in issuing the sensitive statement without scrutiny of the identities of the ‘alleged herders’ that were lynched by mob action.

“Available records which BEPU are privy to, show that, the lynched ‘herders’ were terrorist mercenaries from the Republic of Sudan. Therefore, the alleged lynched persons are not herdsmen as falsely reported earlier but international criminal syndicates that have been terrorising Birnin-Gwari Local Government Area ( ID cards attached).

“BEPU findings revealed that the alleged lynching occurred after the suspects forcefully snatched a motorcycle from a farmer on the outskirts of Birnin-Gwari main town.

“Therefore, BEPU is concerned to observe that, the statement issued by Government on the issue did not equally captured and commiserated with the innocent citizens of Birnin-Gwari that were attacked at different locations for the past five days.

“More so, on the same day when the mob action occured, one driver was killed and scores were kidnapped at Dogon Hawa and Tabanni areas. This is in addition to killings and kidnapping of the innocent citizens of Birnin-Gwari on the roads, in farms and their homes which have become a daily occurrence.

“BEPU once more appreciates the effort of security agencies towards restoring peace in our area and urged Governments officials in showing concerns to any ugly situation to always be in a cautious mood in issuing any statement that is capable of undermining the peace-loving, helpless people that are under siege by the terrorists. This is with the view to averting further escalation of the situation,” the statement stated.

NDDC: It's Discriminatory, Unfair Not To Inaugurate Board - Falana