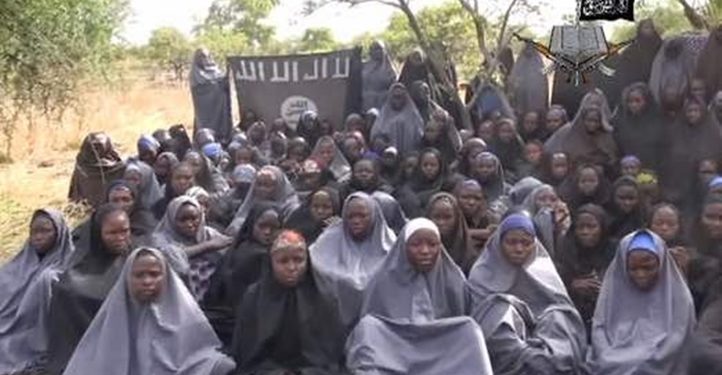 One of the Chibok schoolgirls, Hauwa Joseph, who was recently rescued with her child by troops of the 21 Army Armoured Brigade Bama, has hinted that over 20 of her colleagues are still in the custody of insurgents in Bama Forest.

The girls were abducted from the Government Girls Secondary School Chibok in 2014 by Boko Haram terrorists who have kept them their enclave in Gazua area of Bama local government area of Borno state.

While Hauwa Joseph who was rescued in Bama is number 18 in serial number of over 270 of the Chibok Schoolgirls, Mary Dauda, who was also freed by the Nigerian troops of Operation Hadin Kai in Ngoshe area of Gwoza is in serial number 46 of the 2014 abducted schoolgirls.

Both girls who were 17 and 18 years when they were kidnapped in 2014 by the terrorists are now 25 and 26 year respectively being that it is now eight years after the ugly incident.

Speaking with journalists yesterday at the Military Command and Control Centre of Operation Hadin Kai headquarters in Maiduguri where they were presented to the public by the Theatre Commander Operation Hadin Kai, Major General Christopher Musa, Hauwa Joseph said she was forcefully married to one of the terrorists she named as Abba.

Hauwa said she was forcefully converted to Islam, adding that her “husband” who died over a year ago in a cross fire from the Nigerian military, left her with a child they named Usman.

She said even though the terrorist husband do ensure that she and her child fed well, his death brought further hardship to them in the forest.
Hauwa said,” The soldiers rescued me in Gazua area of Bama local government area. I escaped from the terrorists’ enclave when the military attacked the camp. Before that, each time the terrorists sighted troops advancing towards us they would alert everyone and asked us to run and hide.

“We have been doing that until the recent attack when I ran to a different location with my child. When I escaped, I slept in the bush till the following day before I moved to where troops rescued me. My marriage lasted for seven years before he was killed and he was killed in our presence. And after his death, nobody was taking care of me and my child,” she said

Also, Mary Dauda, who was recovered by troops at Ngoshe in Gwoza local government area, said life in the forest was easy, adding that her husband was killed by the military in one of their operations in Gwoza council.