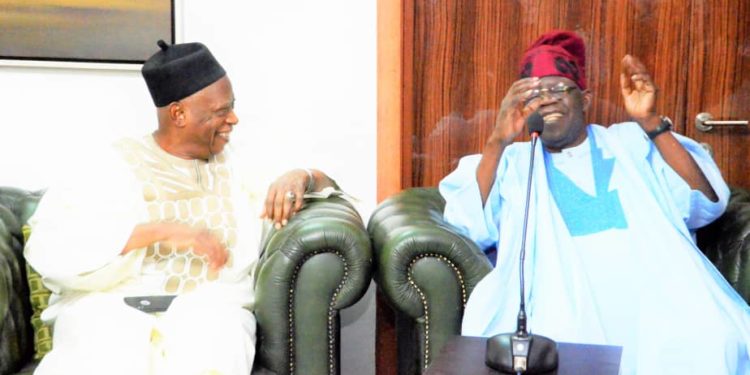 Since he was declared winner of the presidential primary at Eagle Square in Abuja on Wednesday, the Abuja residence of Tinubu had become a Mecca of some sorts, with party big wigs, interest groups and individuals thronging the place to confer with him

Speaking yesterday when he visited Tinubu with NWC members, Adamu said the party was with Tinubu Tinubu and he remains the party projec

“For us, action speaks louder than voice, we are here to join our brother, congratulate him and assure him that we are together. This is our project and by God’s grace we will succeed,’’ the APC national chairman stated

Tinubu scored 1,271 votes to clinch the party’s presidential ticket at a special convention of the party, beating 13 other aspirant

Before the convention, Tinubu was never Adamu’s favorite candidate as he was said to have announced Senate President Ahmed Lawan as consensus candidate at a meeting of NWC the in Abuja on Monda

The NWC members led by APC national organizing secretary, Suleiman Argungu, told journalists that the NWC stood by the position taken by northern governors that the South should be allowed to produce the next president of Nigeria.