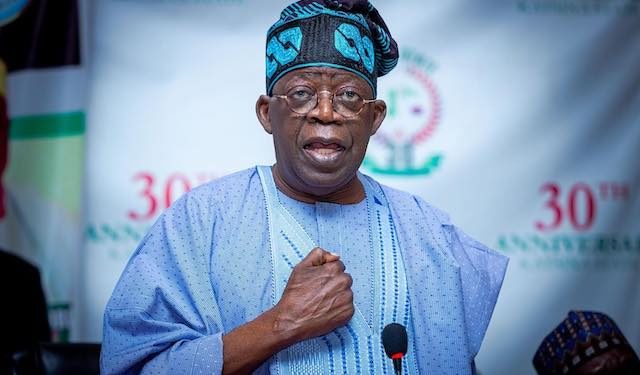 Presidential candidate of the All Progressives Congress (APC), Senator Bola Ahmed Tinubu, has commiserated with the Rivers State chapter of the party over the death of one of its delegates to the just-concluded special national convention of the party.

Recall that some APC delegates, who were returning to Port Harcourt after the party’s national convention, were involved in a road accident in Kogi State, resulting in the death of one of the delegates while several others were injured.

Tinubu, in a statement made available to LEADERSHIP by his campaign office, prayed for the repose of the soul of the deceased while urging the families of the victims, leaders and members of the party in the state to bear the loss with fortitude.

The statement reads in part: “The Tinubu Campaign Office received with shock the death of Hon. Onimiteim Vincent Samuel, the secretary of our great party, the APC in Akuku-Toru Local Government Area of Rivers State and others yet to be identified in a vehicular accident on their way from Abuja.

“On behalf of the presidential candidate of our great party, Asiwaju Bola Ahmed Tinubu, we commiserate with the family and our party leaders in the state.

“The death of grassroots leaders of our party in such tragic circumstances is saddening. We pray for the repose of their souls and urge party members to dedicate themselves to ensure that the victory of our party which they fought for is achieved.”