by Nonye Ekwenugo
in Politics
0 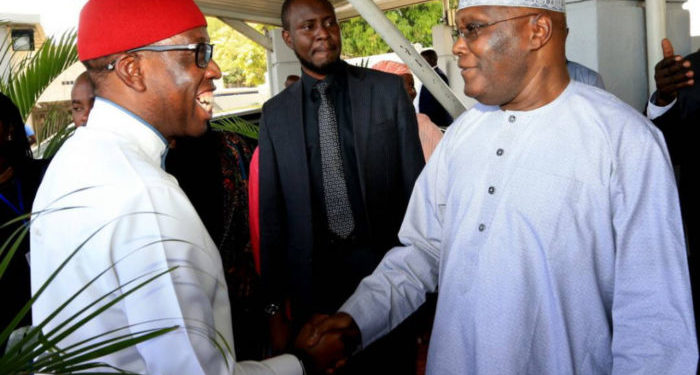 A pressure group under the auspices of Atiku Haske Organisation (AHO),  has described the emergence of the presidential candidate of Peoples Democratic Party (PDP), Alhaji Abubakar Atiku and his Vice Ifeanyi Okowa as the best combination that will salvage Nigeria.

T++he Coordinator of the group, Alhaji Aminu Sani Bello stated this yesterday in a press statement made available to journalists in Kaduna.

He  stated that Atiku has gained experience for years both in the public and private sectors and has the capacity to transform the country and make it better.

According to him, Atiku’s laudable  achievement particularly in governance, youth empowerment as well as ethnic and religious tolerance makes him the people’s choice.

He expressed dismay that Nigeria is facing a complicated situation brought upon by the ruling All Progressive Congress (APC), especially on the younger generation whose hope dashed.

“Today, you hear agitations for the dismemberment of the Federal Republic of Nigeria. Those agitations are coming from all sections of the country. The economy is in shambles right now”.

He disclosed that the organisation had a vote of confidence passed on Atiku, saying that Nigerians want him to salvage the country in 2023.

Bello therefore enjoined Nigerians especially the youth to support this noble course that will bring a new Nigeria, he added.