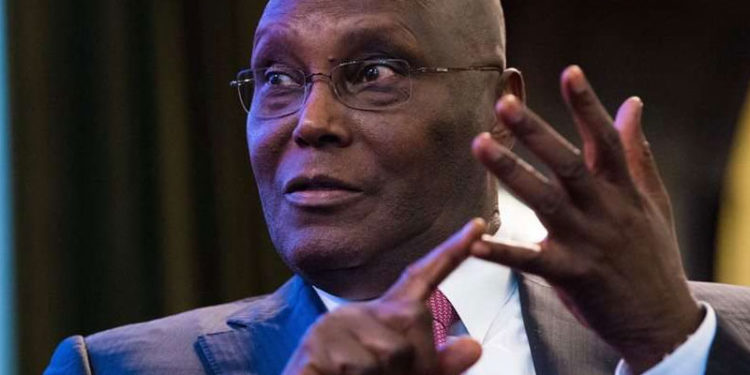 A civil society organisation, Peace Initiative Forum (PIF), has urged former Vice President and 2023 presidential candidate of the Peoples Democratic Party (PDP), Alhaji Atiku Abubakar, to be circumspect in the choice of his running mate.

The group said Atiku should choose a person who will add value to the ticket and ensure the victory of the PDP in 2023.

It argued that the choice of a Vice President was very important as more Nigerians are getting involved in politics.

“With Peter Obi out of the picture, the South-South has become the new darling of the PDP. In recent days we have seen headlines suggesting that Delta governor Ifeanyi Okowa is the favourite to become Atiku Abubakar’s running mate.

“However, recently, we have seen Rivers governor Nyesom Wike also emerged as the favourite. One thing is clear today that Alhaji Atiku Abubakar will be the one who decides the person that will be his running mate. According to the NWC of the PDP, Atiku will have 3 options to pick from,” it said.

The group which said the list also included Akwa Ibom state governor, Udom Emmanuel, urged Atiku to critically consider the credentials of the trio in deciding his final choice.

“The choice of Nyesome Wike will be a crowd puller especially in Rivers where Atiku did not do well in 2019. Wike is also a lion and mass mobilizer and can really excite the neutrals.

“The problem with Wike however is the endless list of utterances that are capable of offending people from across the country. He seems unable to control his emotions and as such creates crisis in peace times. He has had outbursts against his fellow governors, leaders in the south South, Atiku Abubakar, the North as a whole, Igbo people, Yoruba people etc.

“Okowa on the other hand seems to have a more laid-back approach. He appears gentle and soft spoken although he has proved to have in his arsenal an element of surprise especially after the surprise victory, he pulled out in the governorship primaries in Delta where he upset the odds and ensured his candidate emerged. Okowa enjoys the respect of his fellow governors and can give the presidency the much-needed calm and influence.

“The downside for Okowa is that he has just had a major fallout with James Ibori the godfather of Delta politics and this may appear yet another smack in his face. Ibori himself is an Atiku loyalist.

“Governor Udom Emmanuel of Akwa Ibom is another possibility. Udom has a history of transforming from being a banker to political gladiator. Also, his success with Ibom Air has won a lot of admiration for the state government. Like Okowa, he is also gentle and very calm and as a person who is from the private sector, he can bring some solid knowledge as VP and Chairman of the economic Council,” it said of the three leading candidates for the VP slot.

The group also opined that the last VP from the South-South was former president Goodluck Jonathan who hails from Bayelsa State, a state carved out from old Rivers State.

“The other two governors: Okowa (Old Bendel State which comprises Edo and Delta) and Udom (Cross Rivers and Akwa Ibom) come from areas who also believe that this slot should be left for either of them to also have an opportunity to produce the VP,” it said.

The group also counselled Atiku to consider a candidate who is trustworthy, honest, decent and dependable to drive the vision of rescuing the country.

“The ultimate decision lies with the presidential candidate Alhaji Atiku Abubakar. His task is not an easy one. He will have to sift through the SWOT analysis of all available candidates and much more data and arrive at a decision that will please most stakeholders.

“What is crucial is that he must pick not just a candidate that can join him to win the election but the candidate that will be a good partner in progress. Trustworthy, honest, decent and dependable.

“A candidate that will put their own personal ambition and desires aside and focus on Atiku’s vision and the progress and development of Nigeria,” it stated.