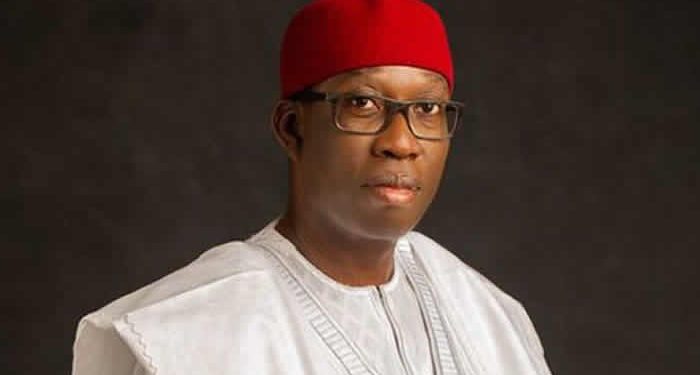 Hon. Elumelu in a press statement on Thursday described the choice of Okowa as divine and timely while thanking the leadership of the PDP for the widely acceptable decision.

The Delta lawmaker also urged Okowa to immediately initiate reconciliatory moves to heal wounds and appease party members that might have been offended by his emergence as vice presidential candidate of the PDP.

“I heartily congratulate you, Your Excellency, Sen. Dr. Ifeanyi Arthur Okowa, the humble, hardworking and down to earth Governor of Delta State on your emergence as the Vice-Presidential Candidate of our great party the Peoples Democratic Party (PDP) in the 2023 general elections.

“Your confirmation as Presidential running mate is no doubt informed by the confidence and trust reposed on you by our Presidential Standard Bearer, His Excellency, Atiku Abubakar, GCON, (Wazirin Adamawa), other PDP leaders, teeming members and supporters of our great party across the nation.

“You have again brought honour and pride to our dear State, Delta, where you have demonstrated uncommon commitment as evinced in your unprecedented achievements in all sectors and we assure you and His Excellency Atiku Abubakar of our unalloyed and unwavering support for the task ahead.

“His Excellency Atiku Abubakar is a statesman par excellence, a brilliant administrator, remarkably committed and competent leader, a unifier and detribalized Nigerian, who has exceptionally deep understanding of the challenges of our nation and the solutions thereto.

“I believe that with His Excellency Atiku Abubakar leading the charge, and you by his side, the PDP is sure of victory in the 2023 Presidential election.

“Importantly sir, as a leader, particularly as the Chairman of the South South Governors’ Forum, I earnestly urge you to use your emergence to immediately initiate processes that will lead to peaceful reconciliations and calming of all frayed nerves including some leaders who may feel sidelined or scorned in the process of nominating the Vice-Presidential candidate.

“On behalf of all our Party members in the House of Representatives, the people of Aniocha/Oshimili Federal Constituency and of course, all Deltans, I congratulate you sir as we march to victory in the 2023 general elections,” Elumelu said.