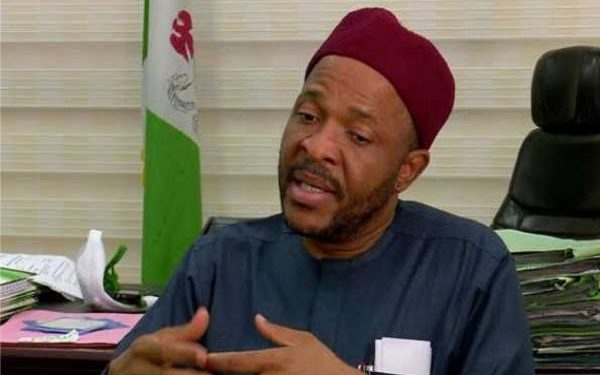 Former Minister of State for Education and one of the presidential aspirants on the platform of the All Progressives Congress (APC), Mr Chukwuemeka Nwajiuba, has blamed his absence at the convention on abandonment of consensus approach in picking the party’s flag bearer for 2023.

He expressed disappointment that after he and almost all other aspirants agreed to a consensus approach to the selection of a presidential candidate, the party succumbed to handing over the party’s ticket to the highest bidder.

Nwajiuba was conspicuously absent at the Eagle Square, Abuja, venue of the convention.

“My approach to the Nigeria presidency, is hinged on being able to present a progressive vision of an inclusive, united and focused brand of energy to transform Nigeria into a wholesome economic power house, whose citizens will be better secured to live more fulfilling.

“I choose to take the tedious path of following the law, meeting requirements and staying disciplined, in other to sell a paradigm of same. I and almost all other aspirants agreed to a consensus approach to the selection of our candidate, to effectively maintain the outlook of a progressive family, away from an all for money by highest bidder image, which had already been assigned to another political party.

“I and other aspirants now of the south east, wrote the leadership of our party to appreciate the commitment to move the presidential ticket to the south, and requested a further deepening to the southeast to reflect our primary reason for seeking the office, which remains, ‘to build a more united and inclusive secured and prosperous nation.’

“This much has been captured in the communique south-east aspirants issued on 22nd May, the speeches of Mr. President at his meetings with APC Governors, that of aspirants and of stakeholders.

“Following the failure of all these entreaties, it became clear that the convention was headed away from these lofty ideals I subscribe to and will still pursue. I therefore declined to attend,” he said.

Nwajiuba urged members of his family, friends, well wishers and political associates not to be despondent or disappointed at his decision to quit the race as he considered it the best move given the circumstances leading up to the convention.