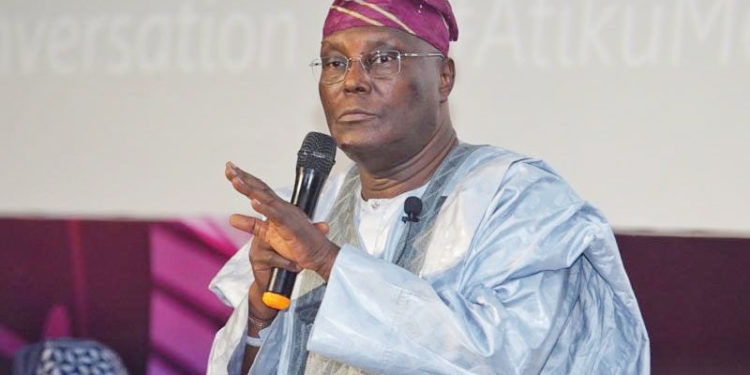 The Northern part of Nigeria, which is currently ravaged by insecurity, should not play the religion card in the 2023 general elections, rather, the North should vote the balanced ticket of Atiku Abubakar as the next President of Nigeria.

The call was made by a member of the Peoples Democratic Party (PDP), Umar Faringado Kazaure, in Abuja on Monday.

He noted that the current federal government led by President Muhammadu Buhari of the All Progressives Congress (APC), has failed Nigerians with its sheer incompetence over insecurity and daily killing of Nigerians.

Faringado added that voting the APC presidential candidate, Asiwaju Bola Ahmed Tinubu, in 2023 will amount to continuity of incompetence, hence the North and Nigerians generally should have a rethink.

“Alhaji Atiku Abubakar, the presidential candidate of the Peoples Democratic Party (PDP) is religious sensitive and he is not playing a religion card like the All Progressives Congress (APC) candidate, Bola Tinubu.

“The North should not fall for the antics of the APC based on religion card, otherwise the insecurity, which President Muhammadu Buhari cannot contain, will continue.

“Atiku Abubakar will end the menace of insecurity because he will be coming to office with fresh perspectives and workable solutions,” Faringado stated.