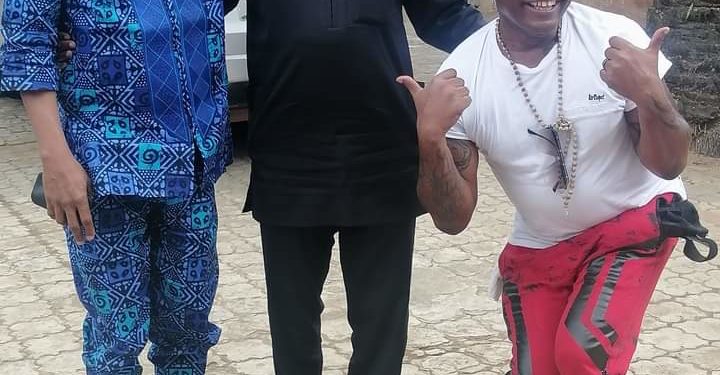 Obi assured the Afrobeat musician that his ‘Obi-dient Movement’ will base its campaign on issues rather than personality attacks.

He said that his campaign would be based on everyday issues affecting Nigerians and Nigeria, adding that the recent controversy between his supporters and Kuti was not what the movement and his ambition stand for.

The Obi-dient Movement last weekend had attacked Femi Kuti on social media, threatening to burn down his Afrika Shrine for calling Obi-dient followers as Zombies.

The development generated a lot of reactions on social media.

Femi Kuti responded with a video denying that he called ‘Obi-dient’ followers zombies and berated the group for insulting him and his family, adding that he cannot be Obi-dient as he was unhappy about issues in the country to support any particular presidential candidate for the 2023 presidential election.

But, the former Anambra State governor assured the musician that his campaign will be issue-based.

Others present during the meeting included Charles Oputa, popularly known better as Charly Boy, among others.

No Plot To Remove Adamu As National Chairman - APC