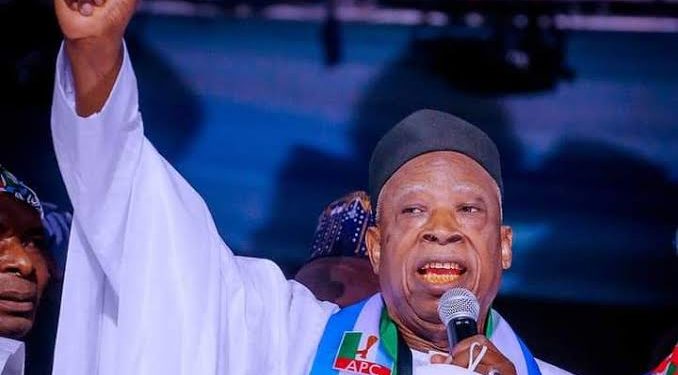 The ruling All Progressives Congress (APC) has refuted media reports suggesting a plot to remove Senator Abdullahi Adamu as national chairman of the party.

In statement issued by the party’s national publicity secretary, Barrister Felix Morka, on Wednesday, the APC alleged that the report of planned ouster of Adamu was sponsored by the opposition, which is apparently unsettled by the former Nasarawa State governor.

The statement reads: “The attention of the All Progressives Congress (APC) has been drawn to opposition-sponsored media reports on plots to remove the National Chairman of the Party, Sen. (Dr.) Abdullahi Adamu.

“The reports are based on the imagination of its sponsors ostensibly unnerved by the remarkable achievements of Sen. Adamu since assuming office as the National Chairman.

“Our Party and leaders are currently focused on important task of building a strong and vibrant electoral campaign ahead, and will not be distracted by boring chirps of idle speculators.

“The opposition PDP is quite welcome to continue to dissipate its energies on innuendoes and chasing after phantom plots in APC rather than concentrate on mending its broken and acrimonious house.

“The National Working Committee of our Party stands united under Sen. Adamu’s leadership as National Chairman with the singular commitment to wining the next general election.”