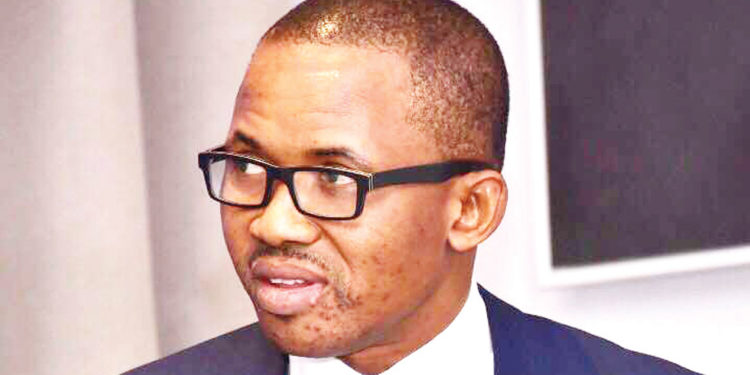 A constitutional lawyer and Convener, Progressive Lawyers for Osinbajo, Dr. Kayode Ajulo, has urged
presidential candidates of all political parties to take a cue from the programmes highlighted in the speech of the Vice President Yemi Osinbajo during the All Progressives Congress (APC) special national convention earlier in the week.

He said the call became necessary because Osinbajo gave a workable template needed to achieve Nigeria of our dreams.

Ajulo also commended the leadership of the ruling APC, for the conduct of the just-concluded special convention of the party in Abuja.

The popular lawyer, who hailed the outcome of the primaries, also commended President Muhammadu Buhari for providing good leadership throughout the conduct of the exercise.

“President Muhammadu Buhari must be appreciated for the success of the convention. Internal rancour would have even started within the party if he had not met with the aspirants and critical stakeholders of the party at different times before the primaries. Again, the President has demonstrated exemplary leadership,” Ajulo said.

He also applauded Vice President Osinbajo for honouring the call to contest the primaries, saying his action defined courage and purposeful aspiration. He said Osinbajo’s aspiration has given hope to Nigeria

“The opportunity to deliver his well thought out and workable speech to the hearing of Nigerians from all walks of life at the convention ground and millions of viewers across the world is nothing to take for granted. The speech gave hope and has been applauded by millions of people from across the globe.

“Though the election has been won and lost but I know the impact of those thought-provoking speeches will linger in the heart of good people of Nigeria for a very long time, and would definitely influence their decision in electing the next president of this country.

“Prof Osinbajo, that night, gave a workable template to achieving a Nigeria of our dreams,” the lawyer said.

The right activist also congratulated former governor of Lagos State, Asiwaju Bola Ahmed Tinubu, on his emergence as the presidential flag bearer of the APC.

He also said his decision to support Vice President Osinbajo was borne out of personal conviction, trust in capacity and his pedigree to deliver good governance to Nigerians, and not influenced by financial gains.

“As the Convener of The Progressive Lawyer for PYO, I think this should be on records that we run our campaigns and advocacy from my personal resources and never took financial support from any quarter. That was a worthy sacrifice a patriotic citizen must make if he/she believes in the prosperity of his country. I am proud of this and I will gladly do it if the opportunity arises again,” he said.