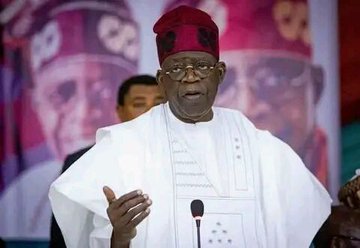 Ahead of the 2023 presidential election, a member of the federal House of Assembly representing Odigbo, Oke-Igbo, Ile-Oluji Constituency, Ondo State, Mayowa Akinfolarin, has appealed to Nigerians to cast their votes for the presidential candidate of the All Progressives Congress, Bola Ahmed Tinubu, stressing that he is the best option the country has.

The federal lawmaker said the current realities in Nigeria demand and require that Nigerians embrace only a candidate who has the right qualities to steer the affairs of the nation.

According to him, the records of the former governor of Lagos State lays more credence to his ability to help Nigeria navigate the current challenges which it is currently facing.

“His trajectory into the state of the nation has seen him become an indefatigable individual who has always supported and pursued proper governance and quality representation.

“His achievements, while serving as a governor in Lagos State, were instrumental to helping Lagos attained the admirable position it occupies today.

“If there’s anything that can be largely said of him, he understands governance and politics, he understands the needs of the people and how they can be viably addressed. He is no politician with no tangible achievements. Around him are inexhaustible lists of achievements of the Jagaban of Borgu.” he said.

Hon. Akinfolarin also stated that there’s no better time for Nigerians to vote a credible and tested candidate like Asiwaju Bola Ahmed Tinubu.

According to him, the manifesto of the APC candidate shows that he has a viable and strategic blueprint which will create a better reality for all Nigerians.

Qatar 2022: Jesus Will Find It Difficult To Bench Richarlison – Rivaldo