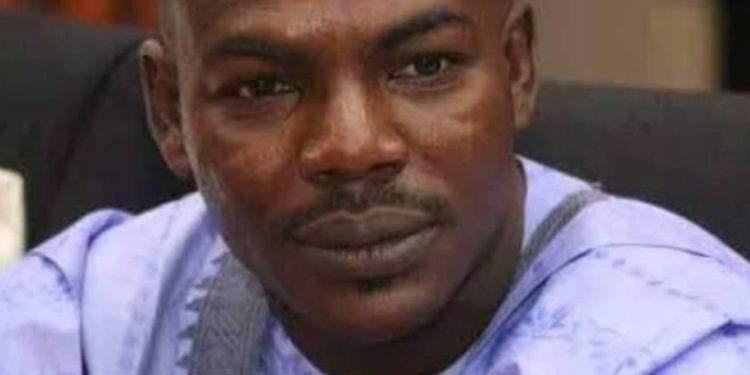 The Borno State All Progressives Congress (APC), on Thursday, elected Barr. Kaka-Shehu Lawan as its candidate for Borno Central senatorial district for the 2023 elections.

Until the election, Barr. Lawan was the Attorney General and Commissioner of Justice in the State, and he is replacing a former governor and Senator representing Borno Central at the National Assembly, Senator Kashim Shettima, who was recently nominated as running mate to the APC presidential candidate, Asiwaju Bola Ahmed Tinubu.

Declaring the outcome of the primary election conducted at the APC secretariat in Maiduguri, the chairman of the APC Primary Election Committee and former deputy governor of Taraba State, Mr Ahmadu Uba Maigari, said the election which produced Lawan as validly elected through a transparent process was witnessed by the Independent National Electoral Commission (INEC)  officials, security agencies and all relevant authorities concerned.

Maigari added that it was his pleasure to report that prior to the election, the committee conducted delegates congress on Wednesday in all the wards of the eight local government areas constituting Borno Central senatorial district.

“It is on this note that I have the singular honour and privilege to declare as such that on the authority vested in me by the national chairman of the APC, Senator Abdullahi Adamu, to conduct this primary election, we had total number of votes as 480, 480 accredited votes, 480 total votes cast.

“We also had 459 valid votes and 21 invalid votes. Consequently, it is my honour and privilege to declare that having satisfied all relevant electoral laws side by side, I have the authority to declare that Barr. Kaka-Shehu Lawan, your erstwhile Attorney General is our candidate validly nominated to fly the flag of the APC for Borno Central senatorial district to go and continue the good work that our incoming Vice President, Senator Kashim Shettima has left by his nomination as running mate of Senator Asiwaju Ahmed Bola Tinubu, the APC presidential flagbearer,” he said.

Borno State governor, Babagana Umara Zulum, while congratulating Kaka-Shehu Lawan, described his choice as something destined by God, adding that, “Shehu is a real party man who deserved support of its members.”

In his vote of thanks and acceptance speech, Barr. Lawan thanked Governor Zulum, Senator Shettima, the delegates and the party chairman for the confidence reposed in him.

He promised to represent the people and work with the state governor to ensure that the people of Borno get dividends of democracy.