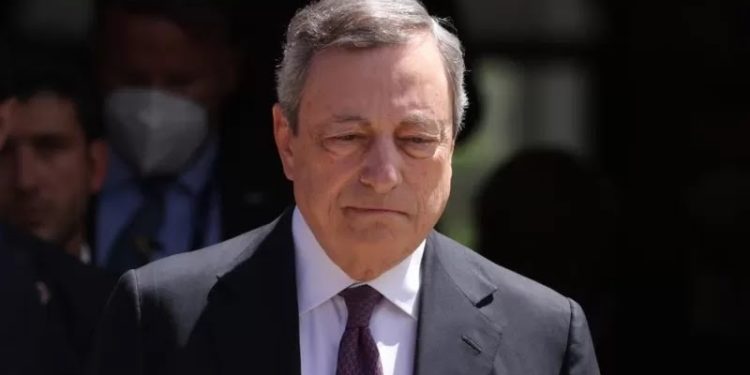 The former head of the European Central Bank has led a unity government since February 2021.

In a statement, he said the pact of trust that had sustained the unity government had gone.

“I will hand my resignation to the president of the republic this evening,” he said.