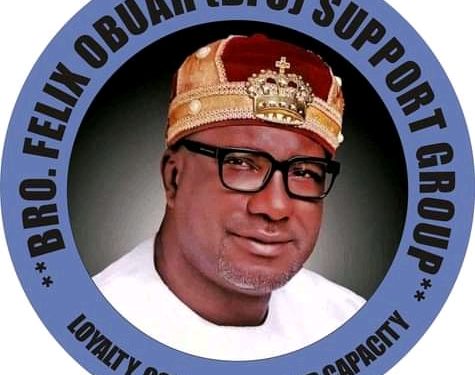 The group while describing Gov Wike as an indefatigable leader and astute politician, congratulated the state governor for doing the state proud at the recently concluded Presidential primaries of the Peoples Democratic Party PDP where he came behind Alhaji Atuku Abubakar who won the primaries. The BFO Support Group also congratulated the flag bearer of the party in the state Senibo Siminatari Fubara stressing that the group is highly elated with his emergence and will ensure that he emerges victorious come March 2023.

On the Amb. Akawoh led PDP in the state, the group said they are highly loyal to the state chapter of the party and will not relent to key in and support whatever decisions it takes towards ensuring that the party emerges victorious in the forthcoming polls.

“We are highly committed to the PDP in Rivers State ably led by Amb. Desmond Akawoh. We are committed towards ensuring that the party’s policies and directives are carried out to the letter. The recent directive that all support groups align themselves to the State chapter of the party and the Grassroots Democratic Initiative GDI is a welcome development which will help the party organise the forthcoming campaigns in a decent manner when it eventually starts”

The group pledged to ensure that it mobilises eligible voters in the state towards ensuring that all the candidates of the party win in a landslide manner in the 2023 general elections.