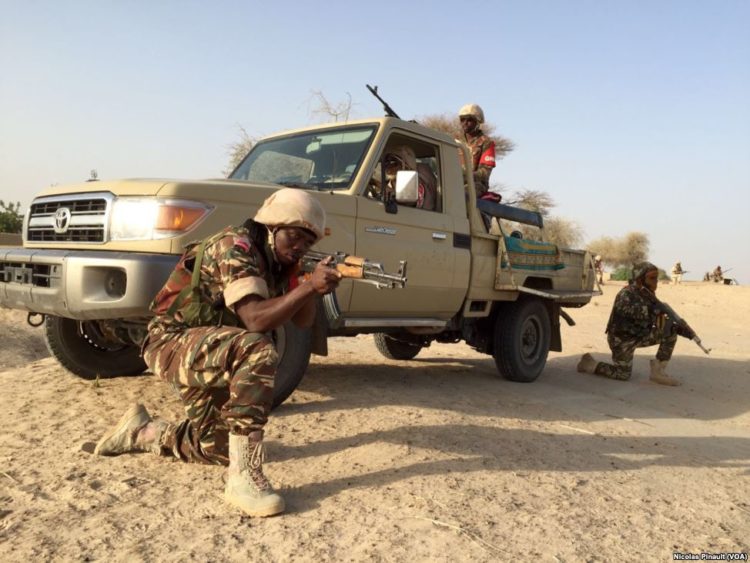 No fewer than 35,000 persons have been reported killed in Northern Nigeria and 1.8 million others displaced in Borno, Adamawa and Yobe states since 2009 when Boko Haram launched its insurgency.

This was disclosed by Gloria Mabeiam Ballason in a paper titled: ”Forensic Evidence Gathering After Mass Atrocities: North East And North West Nigeria In Perspective,” which she delivered at the 5th Molluma Yakubu Centre for Medical Law and Mass Atrocities Accountability annual lecture series at the House of Justice Complex, Kaduna.

She disclosed that, “According to the Global Centre for the Responsibility to Protect (Global R2P), more than 35,000 people have been killed in Northern Nigeria since 2009 when Boko Haram launched its insurgency with at least 1.8million Internally Displaced Persons in Adamawa, Yobe and Borno states” adding that trade, commerce, health services and education amongst other transactions, had been disrupted by the insurgents.

“Since 2011, violence has escalated in Central and North-West Nigeria. The states in this region include Kaduna, Kano, Katsina, Kebbi, Sokoto and Zamfara. Jigawa and Kano are also in the North Central but have not really been affected. The areas which have also been heavily affected include Southern Kaduna, Taraba, Benue, Plateau, Nassarawa, Niger, Kogi and parts of the Federal Capital Territory.

“Southern Nigeria and Eastern Nigeria are also not immune to these incidences. The initial reading of the violence was that it was rooted in resource scarcity but the large scale horrors and the sophistry of the attacks soon revealed a metamorphosing trajectory of terrorism that continues to mask under various guises.

“For instance, in 2021, the Armed Conflict Location and Event Data Project reported that over 2,600 civilians were killed. Between January and March 2022, at least 360 people were killed in Katsina State while over 60 civilians were reportedly killed in Dikwa local government of Borno State.

“The United Nations Office for the Coordination of Humanitarian Affairs reports that the security situation has led to a humanitarian emergency for 8.4 million people. 80% of whom are women and children requiring assistance.”

Ballason also observed in the presentation that attacks by terrorist bandits were characterized by maiming, kidnapping and abduction of women and children, arson, raiding of farmlands and ravaging of farmlands by their livestock, murder, armed assault, hostage taking, freeing and release of detained members and warlords from correctional facilities.

“There are gruesome murders in the fashion of beheading and decapitation to death. Ransom is often demanded, armed robbery, assault, brigandage, maiming, drug use, bombings and other forms of terrorizing acts are used by the belligerents in different forms and fashion.

“The extent of atrocities perpetrated in the North-West and North-East and indeed across states in Nigeria must be stopped and addressed. At the moment, no one is immune because until we are all safe, no one is safe. Such is the nature of mass atrocity crimes” she stressed.

She therefore opined that there is the need to start with what we have and know, to what we don’t have or know in order to find accountability for mass atrocities, adding that the large scale of atrocities in Nigeria calls for the urgent need for Forensic evidence but until we get there, we must explore boundaries for gathering evidence that is unimpeachable in finding justice for victims and communities.