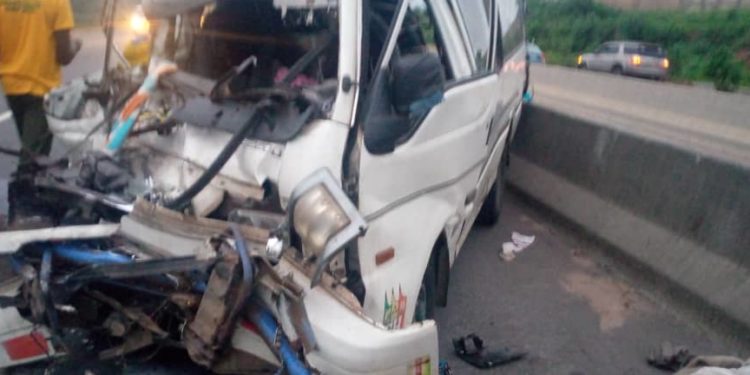 No fewer than four persons have been confirmed dead, while six others were critically injured in an early morning accident which occurred Tuesday along the Lagos – Ibadan Expressway.

The crash, which occurred around 6:25am near the Iperu Remo bridge in the Obafemi-Owode local government area of Ogun State, involved a Mazda bus with registration number YYY 412 XB and an unmarked Truck.

Okpe explained that the Mazda bus driver, who was on high speed, crashed into the moving truck from the rear as the truck’s rear lights, which would have signalled to the incoming vehicles from behind were nonfunctional.

Okpe, however, disclosed that the injured victims have been taken to a private hospital in Ogere for medical attention, while corpses of the deceased were also deposited at the morgue of another private hospital in Ìpara area of Remo local government area of the State.