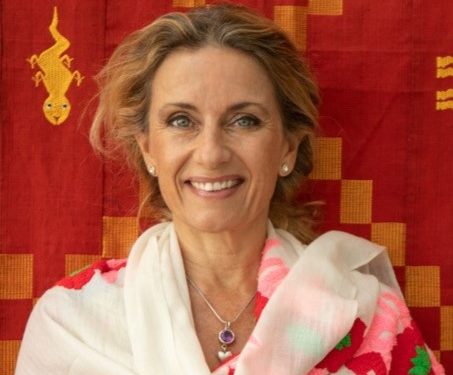 The Board of Trustees of the Shehu Musa Yar’Adua Foundation has appointed Mrs Polly Alakija as director-general, effective August 1, 2022.

The Foundation announced Alakija’s appointment in a press statement on Monday.

The British board-level executive replaces Jacqueline Farris, who retired as director general but remains an active member of the board of directors.

Farris in the statement said Polly is an experienced board-level executive with a demonstrable history of sound project management and leadership skills.

Farris said Alakija served as an advisor to the Aliko Dangote Foundation and was chairperson of the Lagos State Council of Arts and Culture and Founder of Five Cowries Arts Education Initiative.

The director general said she is also a trustee of JRandle Centre of Yoruba Culture Lagos, a Board Member of Alliance Française Lagos, and sits on the Transitionary Advisory Board for the Mayor of London (Sadiq Khan) World City Culture Forum.

In the statement, Farris expressed gratitude for serving the foundation and pledged continuous commitment to promoting national unity, good governance, and social justice in Nigeria.

The statement reads in part, “It has been my sincere pleasure to have served the Yar’Adua Foundation since the organization was established in 1998.

“It has also been my privilege to have led a team of committed and passionate staff to sustain the legacy of one of Nigeria’s foremost contemporary leaders and inspire future generations with his life of service.

“After almost twenty-five years, I will retire as director general but remain an active member of the Board of Directors where I will continue to support the Foundation in its mission to promote national unity, good governance, and social justice in Nigeria.”