by Royal Ibeh
in How-to
0 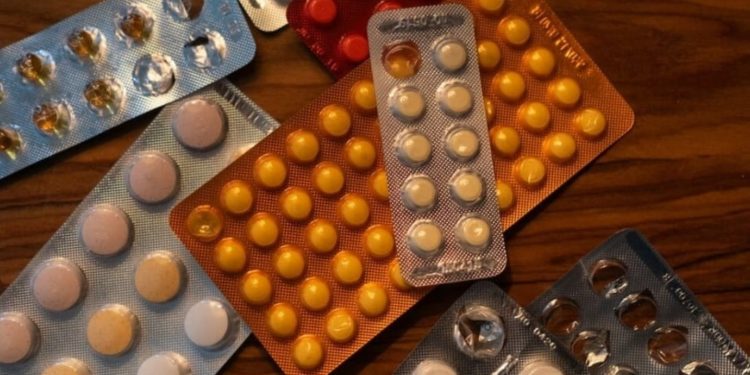 Several studies have shown that mixing some medications with alcohol could render the medication less effective or cause harmful effects on your health.

Here are five medications that you should not mix with alcohol, and why.

Allergy Medicine:
Firstly, it may seem like harmless medication that makes hay fever and other common allergies easier to manage, but Benadryl and other allergy medicine should not be mixed with alcohol. They can create a more intense drowsiness which is combined with the effects of alcoholic beverages.

Taking allergy medicine in combination with drinking alcohol can impact your judgement and ability to focus or monitor your behavior. This has also been known to cause dizziness in more extreme cases. There are serious risks associated with excessive drowsiness, which is why you should generally avoid drinking alcohol when you have taken any kind of allergy medicine.

Epilepsy Medicine:
If you suffer from epilepsy, or if you are prone to seizures, then it is highly recommended that you avoid alcohol as much as possible. This is because it can act as a trigger for many that contributes to more serious seizures. Medicine that has been made to treat epilepsy or prevent seizures is less likely to function when it is paired with alcohol.

Are You For Real??

Seven Tips: On How To Store A Car For A Long Period

As a general rule, alcohol should be avoided when you are taking any medication for epilepsy or seizures.

Antidepressants:
Severe memory loss, impaired motor control, and slowed breathing are all common in people who combine antidepressants with alcohol. There are many types of antianxiety and antidepressant medicines on the market, and it is worth finding the right one that works for you.

However, certain medicine that is used to make anxiety and depression more manageable can have severe effects when it is combined with alcohol. Because of this, you should always read the possible side effects of your medicine before drinking. Alternatively, it could be useful to discuss the benefits and drawbacks of each option.

Diabetes Medicine:
Individuals who suffer from diabetes need to carefully monitor their blood glucose levels. Glucophage, Orinase, and Diabinese are common diabetes medicines which can help someone to digest carbs correctly. If you are taking any of these, then it is recommended that you avoid drinking alcohol.

Avoid drinking if you are on any diabetes medicine, because there is a higher chance of developing a rapid heartbeat, and other side effects. These include vomiting, nausea, headaches, abnormally low blood sugar levels, and more. Consider the possible risks when it comes to drinking alcohol beforehand, especially if it involves sugary drinks such as fruity cocktails.

Opioid Pain Medicine:
Finally, opioid pain relief is normally administered following surgery. Because it can be highly addictive, this medicine is usually given in very small doses over a short period of time. The potent medication tends to relieve short-term pain, and it is recommended by many healthcare professionals that you avoid alcohol when taking these medicines.

There have been associations between opioid medication in combination with alcohol, and a higher chance of developing severe respiratory conditions. Not only that, but there is an increased risk of overdose in this situation.

NOTE: Doctors have advised that before taking medications, read the leaflet to find out the possible side effects or speak with your doctor/pharmacist.

Are You For Real??

Seven Tips: On How To Store A Car For A Long Period

SEVEN TIPS on: DANCE MOVIES TO WATCH THIS WEEKEND

SEVEN TIPS on:  Some Of The Best All-Inclusive Resorts Around The World

Seven Tips: On Maintaining A Healthy Diet For Cold Weather