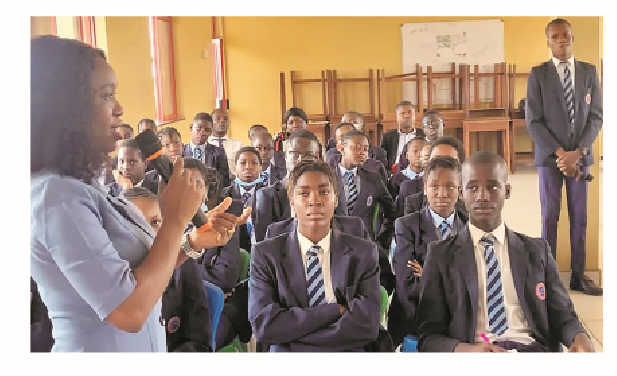 Nigeria got its independence in 1960 and became a Republic in 1963. Nigeria is a country with different cultures. That explains why we have different cultural events in the country. For example, the Calabar carnival, Ijaw festival and many more. We also have different languages and 774 local government areas.

Nigeria is seen as the Giant of Africa but can we still say that we are the Giant of Africa where there is no love and religious tolerance? We are no longer allowed into some countries. Nigeria is now seen as a lawless country where fear and self-interest have become common among the people. They do whatever is profitable to them. The country is also facing problem of unemployment and economic instability.

A house divided against itself cannot stand. Nigerians are migrating all around the world due to what is happening in our country. If we come together as one, we can bring Nigeria back to the era when the country was peaceful. We must come together and stand for the growth  of our country.

What we think is what we become. What we want for Nigeria is what will happen. We need to have our voters’ cards so that we can elect the right persons that can move the country forward. Nowadays our society is ruled by people who initiate policies for their personal interest and not in the interest of the people. We are in a democratic system of government meaning that democracy is a system whereby citizens choose their leaders not for leaders to take it as their right to be elected. Leaders are not to show interest in

their personal affairs only but to also show interest in the citizens welfare. For an example, leaders should ensure security, economic stability and rule of law, which states that everybody is equal before the law.

There has been public outcry about the high cost of living in Nigeria. The nature of the hardship in Nigeria has become a problem even to the international community as some leaders of the most powerful countries of the world have invited the President of Nigeria for discussion on the issue.

My suggestion in this particular problem is that we should produce more and import less goods and services, this will increase the gross domestic product (GPD) of the country and create employment for the many unemployed youths.

The government should encourage food production by formulating and  implementing policies on agriculture, especially it should stop the killing of our farmers. Government should give loan to the farmers regularly to encourage them. If this is done there will be more food in the market which will lead to fall in price of food.

Another suggestion is that we must tackle the problem of corrupt leadership which robs the nation of her resources. This means that bribery and corruption must be dealt with if we are to come out of this mess. I challenge the government agencies, non-governmental organisations (NGOs), religious leaders and human rights activities to do more in fighting against corrupt leaders at all levels and at all time.

The government should source for money and pay the civil servants as and when due. Farmers and herdsmen’s clashes across the country should be brought under control and put to an end by prosecuting and

sentencing the culprits according to the law. If this is done, farmers

will produce more food. I urge the government to use the aforementioned points to bring back our country to the way it used to be.