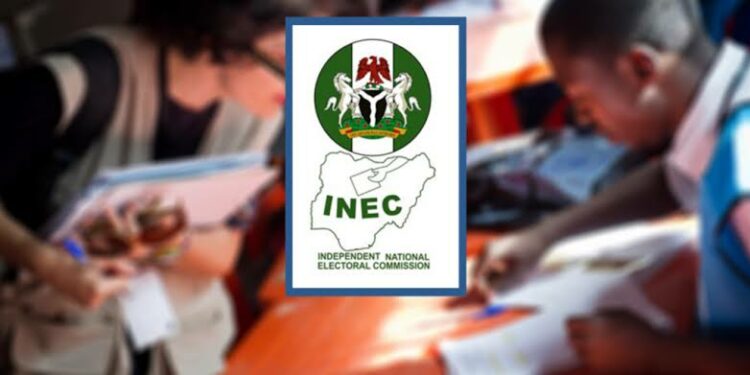 A National Electoral Offences Commission is about to come into being following the passage, for a second reading in the House of Representatives, of a bill for an Act to establish the agency that will provide a legal framework for investigation and prosecution of electoral offences. The aim of this bill, when eventually enacted by the legislators and signed into law by the President, is to improve the electoral process.

It needs be noted that a section of the political class, the civil society organisations and the Independent National Electoral Commission (INEC) had, on various occasions, called for the establishment of the commission as one of the ways of refining the democratic space. And for good reasons too. It is, without gainsaying it, a critical legislation which has been part of national conversation and constitutional and electoral reforms for some time. Now is the time to act.

We recall with utmost regret how impersonation, bribery, grabbing, looting, destruction of ballot papers and other sundry election malpractices and violence, had become dominant in the electoral sphere as politicians try to undo one another in their rabid quest to attain victory at all cost. The new trend is vote buying where political parties and their candidates no longer campaign but reserve their resources to mop up votes from a section of the massively poor electorate who are too hungry to appreciate the implication of what they are being cajoled to acquiesce.

The commission, we are persuaded to argue, must be empowered to bring these anti-democratic tendencies to a decisive end by imposing the heaviest kind of penalties on culprits. Also, the legal framework should make provision for penalty against frivolous electoral litigations that are generated to waste everybody’s time.

Curiously, we dare say, the Economic and Financial Crimes Commission (EFCC), seem geared to oppose the bill even before it is passed into law. In the opinion of the anti-graft agency, the commission, in its duties, will be duplicating the functions of already existing agencies such as the EFCC, the Police and others. We fail to understand how that is. EFCC and its operations, as the title suggests, are economic and financial in nature. The issue here is electoral offences. To that extent, we are compelled to implore the National Assembly to ignore such meddlesomeness by an agency that already has a question mark on its ability to deliver on its own mandate.

On its part, INEC is canvassing for, and we agree to a total independence for the commission away from the prying eyes of the executive as exemplified by Clause 44 of the bill which seeks to grant regulatory powers to the office of the Attorney General of the Federation. That electoral body, expressly understands what is involved and has been bearing the brunt of the failures in the electoral process. Its views in this instant must count if the nation must continue to foster and nurture the democracy that was re-instituted some 23 years ago.

As is to be expected, other interest groups are coming up with amendments which they hope the legislators will accept and include in the draft bill. Such interventions ought to be encouraged so as to produce a legal document that will be able, as far as is humanly possible, accommodate the viewpoint of the critical majority that has remained at the receiving end of the obfuscating shenanigans of politically exposed persons.

For the avoidance of doubt, we are pressed to emphasise that such a commission is needed as part of the democratic process. Before now, the matter of electoral offences was left to an already overburdened INEC and the regular courts to handle. The effect has been the near absence of a thorough procedure in the investigation and prosecution of cases as politicians and their lawyers, with their heavy war chest, find convenient leeway to get away with crimes against democracy. Even worse, because of the prolonged adjudication formalities, justice is not only delayed but, in most cases, denied.

In the considered opinion of this newspaper, it is important that the commission is made truly independent of the executive and other arms of government. The Attorney General at the state or federal level, who is a political appointee, must be made to have nothing whatsoever to do with the commission. Nigerians already know where that public officer with identifiable political affiliation stands on such matters.

Similarly, in our view, regular courts apart from being over worked in relation to their regular duties, have proved over the years to be incapable of being trusted with adjudication on such matters by virtue of their vulnerability to influences of political and pecuniary nature. What it then means is that tribunals, with exclusive jurisdiction, should be established to try cases brought before the commission.

Above all else, we urge the lawmakers to demonstrate due diligence in the enactment of this law. They must eschew the chicanery that was the lot of the Electoral Act.