by Affa Acho
in News, Sports
0 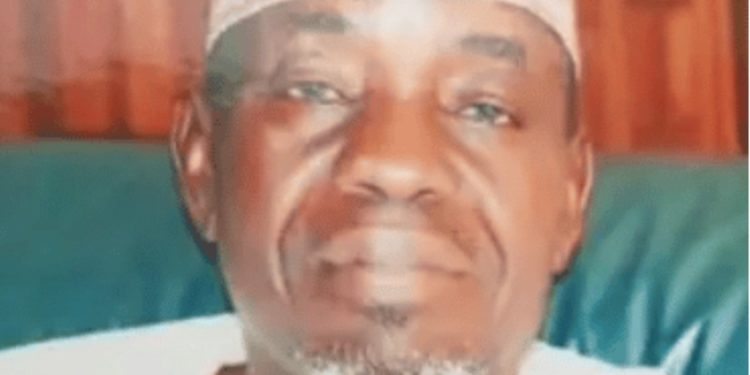 A former Secretary-Secretary of the defunct Nigeria Football Association (NFA) now Nigeria Football Federation (NFF), Alhaji Sani Ahmed Toro, who was kidnapped last week, has regained his freedom from his abductors after three days in captivity.

Toro described his experience in the thick jungle of Plateau State as horrifying and unpalatable.

The former Football chief, who was abducted along Abuja-Jos Road last Saturday while returning to Bauchi after attending the wedding of the son of former President of NFF, Alhaji Aminu Maigari, the previous day in Abuja, was released in the wee hours of Tuesday.

He was in company of an ex-Golden Eaglets assistant coach, Garba Ila, and a friend simply identified as Alhaji Isa, when the incident happened.

“Our journey from Abuja was smooth until we got to within Forest of Kibo/Ryom area of Plateau State where these boys blocked our vehicle along with two other cars, ordered us out of the cars and marched us into the forest.

“Our driver who is a young man managed to escape the moment he noticed they were distracted. But we could not because our old legs may not carry us far if we tried to run,” Toro told journalists after his release.

He added that, “Most painful aspect was that this happened less than three minutes drive after a check point of joint military along the road in Forest area. Our abductors were young Fulani men within the ages of 18 and 40 years. They harried us deep into the forest barefooted and whipped us if we slowed down. We walked almost all night under very unfriendly weather.

“The height of it was when we got to a, big river and we had to cross it on foot. At that point I thought we were going to die, but we had no option than to comply. It was deep and flowing but we managed to survive that by the grace of Allah. It was a close shave with death and it was an experience I don’t wish my enemies to go through. It was a very horrible experience and thank God we are alive to tell our story.

“Our abductors who despite calling us Baba were hard on us and threatened to kill us if our relations failed to pay N150million as ransom. They asked for our contact persons and we three gave the same name to negotiate our freedom. They gave us deadline to pay up or be shot. They said their reasons for abducting people was to make money since they can no longer go to farm or tend our cows. They are also killing our people.

“We thank God for our survival and we also thank all those who facilitated our release and those who prayed for us and wished us well.”

Toro, who was once a member of the House of Representatives, however, would not disclose how much was paid as ransom for their freedom, but informed sources told Completesports.com that N30million was paid before the three of them were freed.