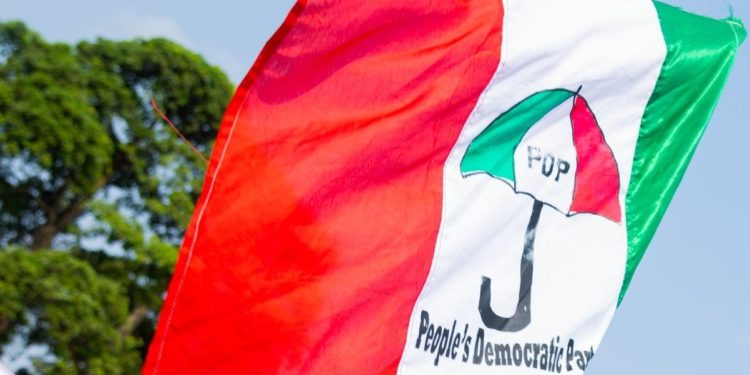 Following a threat of legal action, the publicity secretary of the Peoples Democratic Party (PDP) in Kwara State, Prince Tunji Moronfoye, has withdrawn the allegation that the state governor, AbdulRahaman AbdulRazaq, had bribed the state Resident Electoral Commissioner (REC), Mal Garba Attahiru Madami, with N300m to rig the 2023 gubernatorial election in favour of the All Progressives Congress (APC) in the state.

Moronfoye, in a statement issued in Ilorin, the state capital on Tuesday, tendered unreserved apologies to both the governor and the REC, saying that his allegation “was in fact misleading and unsubstantiated, especially where I stated that the sum of N300m changed hands”.

Madami, had on Monday asked the PDP “tender an official apology within 48hours, for alleged defamation.”

The REC added that he will seek redress in court if the party refuses to do a public apology in the print and electronic media within 48 hours, starting from Monday.

”I am giving Kwara PDP 48 hours for a public apology in print and electronic media of which after expiration, I will take a legal action for defamation of character and assassination of my integrity built over 40 years and has been one of my life proven here in Kwara since assumption of office, July 25th,2018,” the REC added.

Moronfoye’s statement of retraction of his unsubstantiated allegations against Governor AbdulRazaq and the REC reads: “I, Prince Tunji Moronfoye, the PDP publicity secretary wishes to retract my press statement titled” Dark schemes of a biased umpire ” released on 16/6/2022. The statement was infact misleading and unsubstantiated, especially where I stated that the sum of N300m, changed hands.

“This gross error was discovered after an intense scrutiny of the information released. I hereby apologise to Malam AbdulRahman AbdulRazaq, the executive governor of Kwara State and Malam Garba Attahiru Madami, the Kwara State Resident Electoral Commisioner on the above issue.

“I am also apologising for any embarrassment, inconveniences caused by my thoughtless purported statement.”