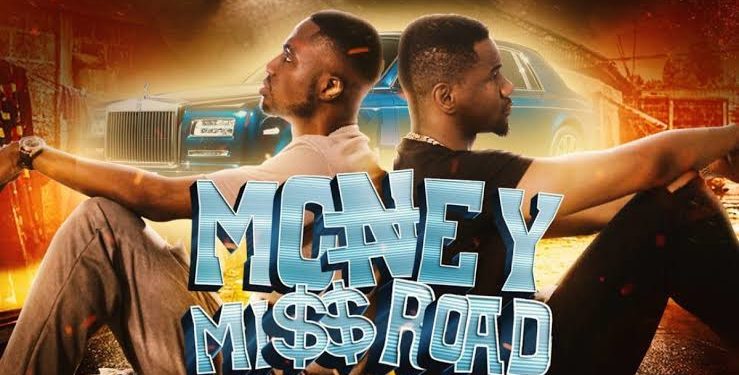 All is set for the global release of a movie titled ‘Money Miss Road’ in cinemas across Nigeria, UK, USA and Canada.

The action-comedy produced by Joy Efe Odiete, the CEO of Blue Pictures was directed by award-winning film director, Obi Emelonye whose creative imprints are in Nollywood blockbusters like, ‘Last Flight to Abuja’, ‘Mirror Boy’, ‘Oxford Garden’ and ‘BADAMASI’.

The movie captures the struggles, dreams and drive of downtown existence, highlighting the lives of two friends, Josiah (Josh2funny) and Joseph ( Jide Achufusi) whose chance encounter with Diokpa (Charly Boy), a ruthless criminal kingpin would set up for a life of luxury and misery as their rat race for survival unravels.
It is an action-comedy film; a combination rarely seen in Nigerian cinemas as seen from the trajectory and history of the box office. ‘Money Miss Road’ is a buffet served with a lot for everyone to chew on, seeing all what have been going on in the country today”.

‘Money Miss Road’ was filmed in locations at Abuja and Lagos, Nigeria.