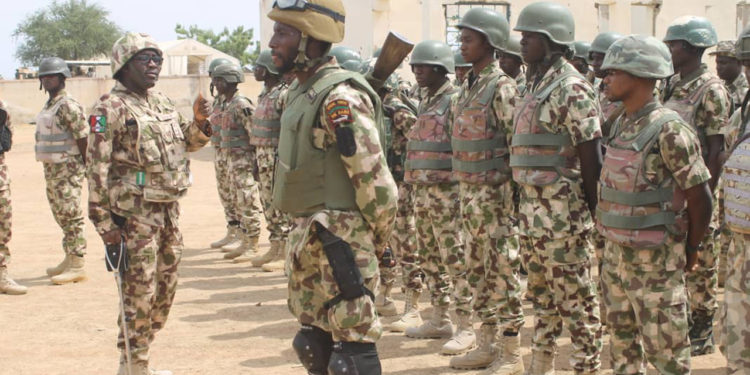 In the Pentagon, exist a giant building that houses an integrated health facility for the men of the United States Armed Forces – in that edifice exists practical and demonstrable medical ventures. Referred to as Walter Reed National Military Medical Center in Bethesda, Maryland.

A flagship of U.S. Military Medicine, providing care and services to more than 1 million beneficiaries every year. With traceable medical data, the hospital provides unrivaled medical services and has in its record landmark medical diagnosis and breakthrough researches and treatment. It was this same hospital that provided presidential succour to former US president Donald Trump while he came down with the deadly Covid-19 flu.

Named after Walter Reed, a career Medical Doctor before joining the Army in 1874. As the study of germs and infectious diseases flourished, his research into the cause and spread of typhoid and yellow fever massively curtailed the diseases at a time when both were ravaging service members. Thanks to Reed’s research, few people in North America now know anything about these diseases and in honour the flagship hospital stands in his immortal reference.

For the Nigerian armed forces, this dream akin to the Walter Reed Hospital is being birthed as the Nigerian Minister of Defence, Major General Magashi Salihi rtd recently announced to newsmen the ministry’s intention to build a world class hospital for the Armed forces of Nigeria. The Minister, a retired General is leading this initiative and has vowed to fruition this vision. Dr Ibrahim Abubakar Kana mni, the permanent secretary in the ministry being a Medical Doctor is deploying his health expertise to make this vision a reality.

He was vocal and stoic during the unveiling ceremony of the proposed hospital at the Transcorp Hilton Abuja where the ministry‘s first *Needs Assessment and Strategic Review Project Kick-off Workshop on Reforming Military Health Services in Nigeria* was held. The highly experienced Doctor and bureaucrat who handled and gave impetus to the World Bank Saving One Million lives Programme for Result (SOML-PforR) hinted that the Nigerian government has mapped up strategies and modalities that will lead to the revolution of the Military Health System and eventual establishment of a World Class Military Hospital akin to Walter Reed Military Hospital in the USA. The hospital, when built, will be equipped and managed in such a way that in the nearest future, soldiers and officers injured in the battlefield will be successfully managed in Nigeria with serving personnel, veterans, their families, and indeed Nigerians benefitting from quality healthcare services.
Dr Folabi Ogunlesi, the Managing Partner of Vesta Healthcare, spoke about the project’s expectations and said they would begin with what is already in place in the Ministry of Defence and work their way up to international standards. Chief of Defence Staff General, Lucky Irabor remarked that the Reform of the Military Health System is long overdue and further opined that the proposed health service would boost the emotional capability of serving personnel.

Reform of the Nigerian Military Health System (NMHS) has long been the tree under which senior leaders at the Ministry of Defense have sat, perennially wanting figs of a different sort: better outcomes from a system befuddled by incommensurate goals and many bureaucratic hurdles, would the tide change this time? If the firebrand energy of the Permanent Secretary is anything to go by, then men of the Nigerian Armed Forces and their families should begin to jive in ecstasy as genuine effort toward improving the Armed Forces health needs and contributing to Nigerian health security is assured finally.

Riding on the vehicle of pessimism, one may ask, what is the purpose of having an integrated military hospital when there other military hospitals littered across the country? But borrowing the template of the US Military Hospital model, an integrated world class in Nigeria would provide the veritable needs that create both a medically ready force and a ready medical force, as well as for many veterans and their families, as well as Congress, the general public. This dream when truly harnessed, will birth modalities for an efficient Military Health System that would address the yearning gaps in the nation‘s health sector.

In the meantime, the Ministry of Defence has acquired 160 hectares of land in Abuja for the construction of the proposed Octagon complex; an integration of the Ministry, Defence Headquarters, the Triservices and the World Class Military Hospital. The planned health management system besides contributing to Nigeria‘s health security, it will lead to an improved access to services, fewer unnecessary hospitalizations and readmissions, better adherence to treatment, increased patient satisfaction, health literacy and self-care, greater job satisfaction for health workers, and overall improved health outcomes.

Like Walter Reed who birthed the largest Military Hospital in the world, would General Magashi Salihi follow this envisioned dream to fruition by building for Nigeria Africa’s largest Military Hospital so that in years to come, a *Bashir Salihi Bagashi Military Hospital* would stand on gigantic wall, research reference and pride aesthetic? Let Magashi push this delivery, it‘s possible, especially with a willing team led by Nigeria’s youngest bureaucrat Dr Ibrahim Abubakar Kana.