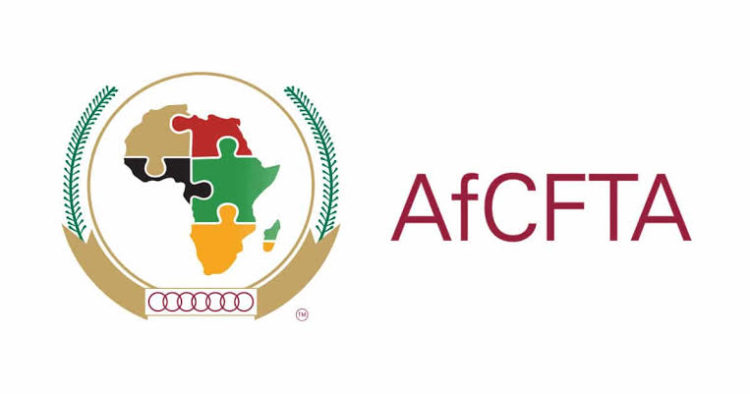 The AfCFTA is an ambitious trade pact to form the world’s largest free trade area by connecting almost 1.3bn people across the 54 African countries. The agreement aims to create a single market for goods and services in order to deepen the economic integration of Africa.

The AfCFTA aims to reduce tariffs among members and covers policy areas such as trade facilitation and services, as well as regulatory measures such as sanitary standards and technical barriers to trade.

The agreement was brokered by the African Union (AU) and was signed by 44 of its 55 member states in Kigali, Rwanda on March 21, 2018. The only country still not to sign the agreement is Eritrea, which has a largely closed economy.

As of 10 February 2022, 41 of the 54 signatories had deposited their instruments of ratification with the chair of the African Union Commission, making them state parties to the agreement.

But, despite the ambiguous and inherent potentials in the agreement, it seems it has hit a snag as checkpoints, tariff hinder movement of goods and trade facilitation.

It was gathered that the imposition of the Cfa9 million levy was a result of a retaliatory policy by the Benin authorities to express their anger over Nigeria’s decision to shut its land borders against the West African neighbours.

Speaking, chairman of Association of Nigeria Licensed Customs Agents (ANLCA) at Seme Border, Mr Onyekachi Ojinma, lamented that transit goods are being asked to pay Cfa9million instead of 0.3percent they are supposed to pay on transit.

According to him, these goods are manufactured from ECOWAS region, not in Cotonou, they are not supposed to open that cargo but the Cotonou government would collect duty.

He said, “Now a Naira is equal to the CFA. After clearing cargoes with millions at Cotonou, on getting to Nigeria, you still have to pay millions to clear it again. Meanwhile, at Apapa port, it is not so. We are losing our importers,” he lamented.

He alleged that security agencies, especially Nigeria Police Officers have mounted not less than fifty check points between Agbara and Seme Border, a situation that has encouraged extortion.

Between Badagry and Seme Border, there are about fifty checkpoints. By the time cargoes are brought through the border, extortion must have killed the owner.

“The business here is not equally friendly, we are doing double clearing of cargoes, we pay duty at Cotonou Port, on getting to Nigeria, you will be required to pay the same duty that is being collected at Apapa port. This has never been our style of doing business before.

“We have been having meetings with the Seme Customs CAC over this multiple checkpoints, he said he was trying his best, and the heads of these other agencies are tagging him as enemy of progress.”

Also speaking, the chief executive officer, Centre for the Promotion of Private Enterprise (CPPE), Dr Muda Yusuf, said at the level of the Economic Community of West Africa States (ECOWAS), there have been any serious commitment to remove barriers to trade on the corridor.

According to him, trade are moving freely in the Eastern, Southern and Northern Africa than it is moving in Western Africa, thereby, ECOWAS head of government need to give more attention to issue of trade and promote the original purpose in which ECOWAS was created.

These problems have been on for close to a year now and this transit levy and all sort of levies on cargo that are passing through Benin Republic, and quite a number of stakeholders have complained about it and nothing has been done. At the level of ECOWAS, have not seen any serious commitment to remove barriers to trade, so all these small issues are still there.”

“So, apart from this cross-border issues, and our issue as a country, how much of readiness have we demonstrated to be part the AfCFTA in a way that profit us because trade is about competitiveness, and if you are not competitive then you have no business in international trade otherwise you just make yourself a dumping ground for other product.

“So there is no deliberate conscious effort to tap into it and as for me apart from signing the AfCFTA, have not seen any other thing that we have done seriously either in Nigeria or in any other countries to move forward with AfCTA. To me, we have not started taking advantage of it.”

“What need to be done is for all the countries particularly in ECOWAS because these barriers to trade is more pronounced in ECOWAS. Things are moving better in East Africa, Central Africa and Southern Africa and Northern Africa in terms of economic integration. The ECOWAS head of government need to give more attention to this issue of trade and promote the original purpose in which ECOWAS was created.”

The former director general, Lagos Chamber of Commerce and Industry (LCCI), said there are arbitrariness, lack of commitment, and respect for trade protocols in West Africa with ECOWAS doing little or nothing to address it.

He, however, disclosed further that when it is increasingly difficult to access a country’s market, they take retaliatory action and that may have occasioned Benin Republic’s action.

“They are more committed to political issue, coup and all of that. I am not saying they are not important but they are not demonstrating the right kind of commitment to this economy integration. We have the ECOWAS Trade Liberalisation Scheme (ETLS) and all the protocols are very clear once you are registered, you are suppose to move freely, but look at the charges and these cannot be administrative charges not only in the Benin Republic.”

“We also encounter security people even in our corridor here, you look and see how many checkpoints are there? Does that show any seriousness that we are committed to this trade? And when other people see that they can not access your market easily, they too just take retaliatory action in their country.

“ So, what basis do have to complain? They will say ‘go to Nigeria and see how many check points that are there’, so, why are you complaining about our own? So there are too much arbitrariness, lack of commitment, respect for some of these protocols and ECOWAS does not seems to have power to sanction anybody,” he said.