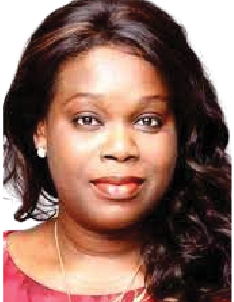 Aimee Alakija has released a music video Prayer for Nigeria an appeal to God to save the nation from collapse.

The award-winning gospel artiste, broadcaster and aviation expert was inspired to make the gospel video as a result of emotional struggles dealing with the rampant killings, violent crisis and increasing insecurity in the country.

Released on her private label ‘Aimee Music’ the emotional video had the celebrity crying out from the bottom of her heart to God to descend and intervene in the nation’s current impasse.

The unscripted song is her latest release prior to Maranatha (which featured in her hit album Increasing Grace), Spontaneous Healing and Spontaneous Worship. Aimee believes Nigeria is swimming in confusion and requires nothing short but divine intervention to heal the land.

In the song, Aimee who has survived many illnesses throughout her life but received divine healing when everyone, including her doctors had given up on her, prayed to God to end the deadly killings, and bless the nation with wise leaders. The song rounded off with the prophecy for a better Nigeria than the present.

Described as world class artiste by critics as CNN’s Africa Best Journalist awardee, Akeem Lasisi, and CEO, MEGA Awards, Femi Akintunde-Johnson, Aimee is a gospel ballad, soft rock, folk singer and worship leader whose is all out to positively revive, impact and transform lives for God.