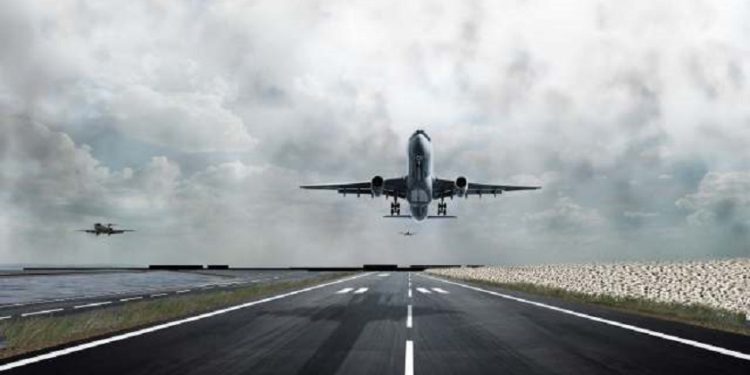 Local and international air passengers, yesterday experienced flight delays due to the emergency repair of failed and distressed pavement of the runway 18R/36L of the Murtala Muhammed Airport, Lagos by the Federal Airports Authority of Nigeria (FAAN).

It was, however, gathered that the repair led to congestion at the Lagos aerodrome because the Saturday and Sunday closure led to delays of local and international flights and also diversion of flights to Abuja and other neighbouring countries’ international airports.

Also, some inbound local flights which were caught up by the sudden closure of the Lagos airspace were forced to divert to Abuja and other airports.

Other flights meant to depart Ilorin, Benin, Port Harcourt and other airports across the country in the evening were delayed until around 10pm when the Lagos airspace was eventually opened.

Meanwhile, it was gathered that late amendment to an already issued Notice to Airmen ( NOTAM), on the closure and rehabilitation of Runway 18R/36L was responsible for the flight delay and diversion of inbound flights to other airports and neighboring countries.

The NOTAM, according to report, was amended after re-issuance by three hours and operators feel a new NOTAM should have been reissued entirely giving a 24 hour period instead of amending it on the day it takes effect.

A new NOTAM was released to Airmen on the day of the closure, that is, 28th May 2022, thereby causing untold hardship and bungling of the system.

LEADERSHIP reports that, in a circular dated May 24th, 2022, titled, “Rehabilitation of Runway 18T/36L”, signed by, Dr. Al Ihekwaba, for the Airport Manager/ Regional General Manager stated that runway 18R/36L will be closed during the period of the rehabilitation of the facility, adding that, the second runway referred to as 18L/36R mostly used by the domestic carrier and one which is shorter than the longer runway for international carriers which is undergoing repairs would be used for arrivals and departures.

Though, stakeholders have argued that the decision to close the 18/R runway would cause so much inconvenience to arriving and departing aircraft, but it was gathered that FAAN had carefully chosen the hours because of low traffic during the hours and as such, the impact may not be seriously felt.

However, it was gathered that as a result of the temporary closure of the airspace, several flights due to depart and arrive at Lagos airport in the late evening were hit by several hours of delays, a situation that forced pilots to divert some local and international flights to Abuja, and other neighbouring countries’ airports.

LEADERSHIP gathered that, all three flights of Dana Air outbound and inbound Lagos were on Saturday and Sunday delayed due to the repair work, a situation it was gathered infuriated passengers.

“since it was a decision taken by FAAN to repair their facility for the use of everyone, it will affect all operators including United Nigeria,” a staff of the airline that craved anonymity said.

”You cannot just do that. You issued the first one on the 24th against 28th so the whole world knows, you are supposed to see the NOTAM through because some people might not see it on time. Infact, this is indicting, issuing the second NOTAM and amending it by three hours is indicting already,” an aviation expert who pleaded anonymity said.

Speaking to LEADERSHIP, the secretary general, Aviation Round Table Initiative (ARTI), Capt. John Ojikutu (rtd), said the repair of the runway was a global standard, but mostly done during dead hours or Very pow traffic period.

According to him, “for periodic maintenance, that is what is obtained globally, but usually done during the dead hours of the night or very low traffic period. Traffic may be diverted to 18L if its Low Classification Number (LCN) can accommodate the All Up Weight (AUW) of the diverted flights.

“What am saying, therefore, is that there is nothing unusual about the FAAN programme of what I can consider as a process of periodic maintenance.”