by Jerry Emmanson
in Politics
0 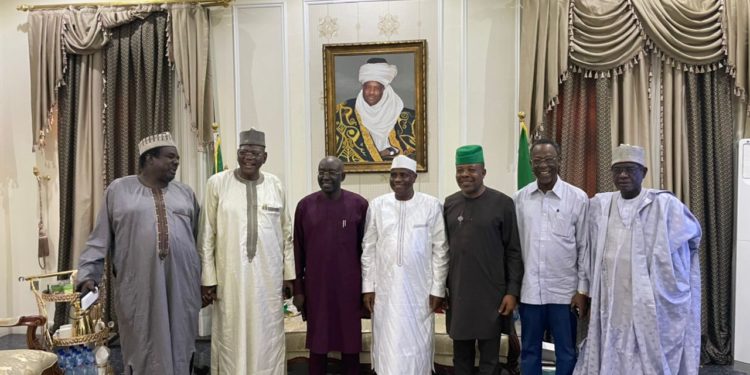 Sokoto State governor, Aminu Tambuwal, on Sunday, received a thank-you visit from the Peoples Democratic Party (PDP) leaders and stakeholders, a day after the party’s special national convention in Abuja.

Tambuwal had during the PDP special convention to elect a presidential candidate of the party for the 2023 elections on Saturday stepped down for Atiku Abubakar, a development, which eventually gave the former vice president victory.

Atiku defeated the governor of Rivers state, Nyesom Wike, who was his closest challenger.

Thereafter on Sunday, the PDP national chairman, Dr Iyorchia Ayu, paid a visit to Tambuwal’s Abuja residence, apparently to appreciate his gesture at the convention.

Also, a video of Atiku’s visit to Tambuwal’s residence, which was shared online, indicated that the former vice president was accompanied by Senator Dino Melaye.