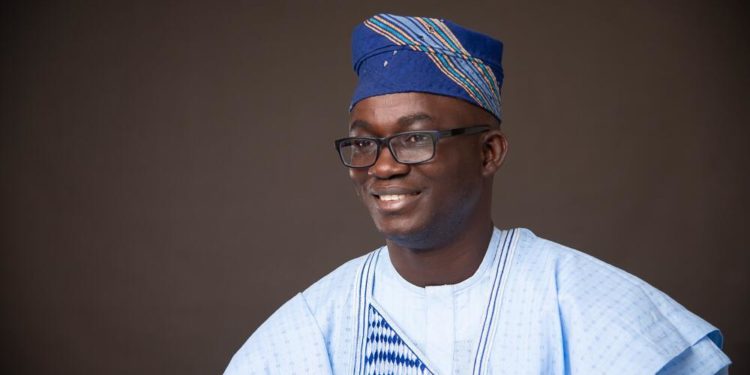 The Director-general (DG), Oyo State Liaison Offices Abuja and Lagos, Hon. Wale Ajani, has congratulated the new deputy governor of Oyo State, Barr. Bayo Lawal, urging him to bring his wealth of experience of over two decades to bear in governance.

Ajani noted that Barr. Lawal, despite his very successful career in legal practice in Nigeria, has continued to live a very humble and simple life, which readily endears him to whoever comes in contact with him.

In his congratulatory message sent to LEADERSHIP, Ajani, the pioneer national president of the National Youth Council of Nigeria (NYCN), expressed optimism in the capacity of Barr. Lawal to take Governor Seyi Makinde government to another higher level.

He described the new number two citizen as a man of many parts, adding that Makinde’s choice of Lawal was simply putting a round peg in a round hole.

Ajani explained that young politicians in the state have a lot to learn and emulate from the new deputy governor’s life, which according to him epitomises humility, loyalty to one’s principal, and mutual respect for everyone regardless of age and social status.

“Your emergence is a major pointer that politics today is tilting towards meritocracy and not god-fatherism. Your nomination by the ever-performing Governor of Oyo State, Engr. Abiodun Oluwaseyi Makinde, FNSE is a victory for all Oyo indigenes irrespective of political affiliation as it shows that the hand of the Almighty God is truly on our dear state.

“I urge you to dare to be different. A lot of trust and confidence has been bestowed upon you sir, we expect that you will hit the ground running as you face this daunting task.

“The task ahead is enormous but the fact that you have goodwill from across board should make the task a bit easy for you and we hope that you will use this goodwill to make Oyo people proud of you. Once again, congratulations Your Excellency and thanks for your tenacity, steadfastness and consistent courage,” Ajani stated.