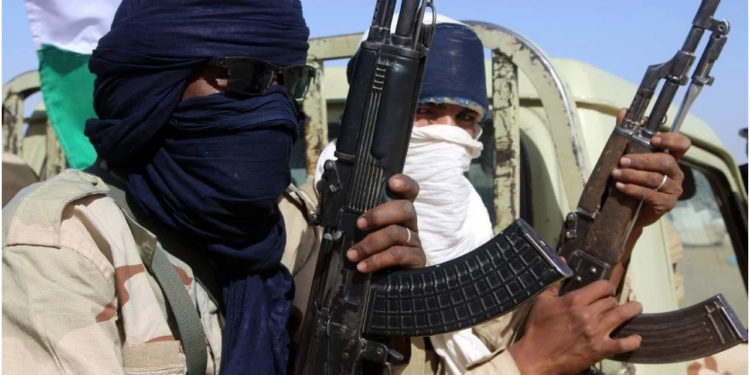 In the clash, one shop and two vehicles were burnt. One private hospital was also burnt. The two locals (labourers) who were killed by the bandits were on their way from a farm while the bandits were running away to the forest.

According to him, the attack took place around 5:00pm on Wednesday 13th July 2022 while Ansaru members were right inside the town preaching to the locals.

“On hearing the sporadic gunshots from the Bandits, the Ansaru members moved towards them and started exchanging fire. They clashed for about an hour. The Ansaru members who were also heavily armed overpowered the bandits which made them to retreat and run away.

“During the clash, some damages were made to the town including, one burnt shop, two  burnt vehicles, one  burnt Private Hospital, two locals (labourers) were also killed by the bandits on their way from farm while the bandits were running away to forest”.

He however disclosed that the private hospital was burnt accidentally as a result of the fire that spread from the second vehicle burnt, which was close to the hospital.

In view of the clash, he said, most of the community members appreciated and commended the Ansaru Terrorists group for defending the town from the bandits attack without, which they believe that the situation could have been more damaging.

Meanwhile, hundreds of persons including women and children have deserted the town as a result of the attack which he described a very organized one because the bandits knew that the Ansaru members are covering the town. Hence, it was countered by the Ansaru members.

“However, the casualty figure between the armed bandits and the Ansaru members could not be asscertained” he stressed.

“The Ansaru members continue to preach and administer Shari’a Justice to locals and also advise them to acquire arms to defend themselves against enemies as well as fight Government in order to establish what they refer to as Islamic State” he stated..

A call to the spokesperson of the Kaduna State Police Command, DSP Muhammed Jalige for reaction was not successful as he failed to pick his call as at the time of filing the report.