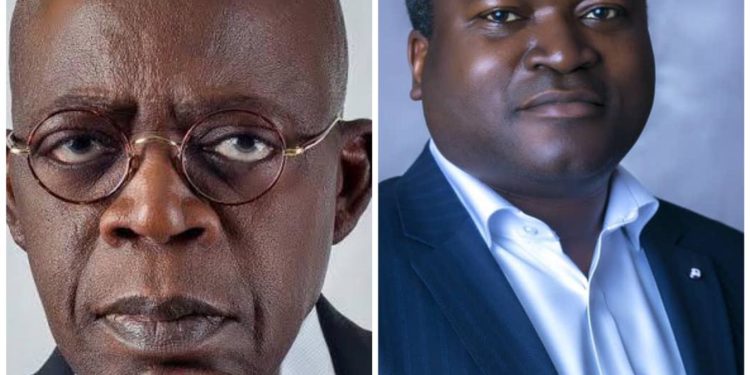 The chairman of Executive Group and Board member, Lagos State Security Trust Fund (LSSTF), Dr Ayo Ogunsan, has congratulated the national leader of the the All Progressives Congress (APC) and winner of the just-concluded presidential primary election of the party, Asiwaju Bola Ahmed Tinubu.

According to Ogunsan, in a congratulatory message penned down to Tinubu, the victory was a well-deserved feat.

“I am excited to see my leader and mentor emerge as the flag bearer of the All Progressives Congress in the just concluded presidential primary election.

“Despite all odds, seeing Asiwaju amass an absolute majority of votes cast by delegates is only a testament to the fact that he has largely earned the respect and trust of many people.

“Dear Jagaba of Borgu, your victory today is predicated on God Almighty who you have always acknowledged as your source and also the goodwill you have built over the years in both the private and public sectors.

“It didn’t come to me as a huge surprise because Asiwaju Bola Ahmed Adekunle Tinubu is a thoroughbred politician who has paid his dues through his legacies in Lagos and also the human capital development that everyone can testify to.

“It will, however, be quite tough if I decide to rhapsodise your sterling qualities as a nation-builder, a masterclass strategist, a human capital professional and of course a hardworking and detribalised politician.

“Some of us who enjoy the privilege of beings close to you can attest to the fact that you are adequately prepared for the daunting task ahead, having garnered hands-on experience in contemporary governance.

“This victory is such a sweet one and remains a proof of your outstanding features and enviable characteristics. I congratulate you sir, while wishing you well in the 2023 presidential election,” Ogunsan said.