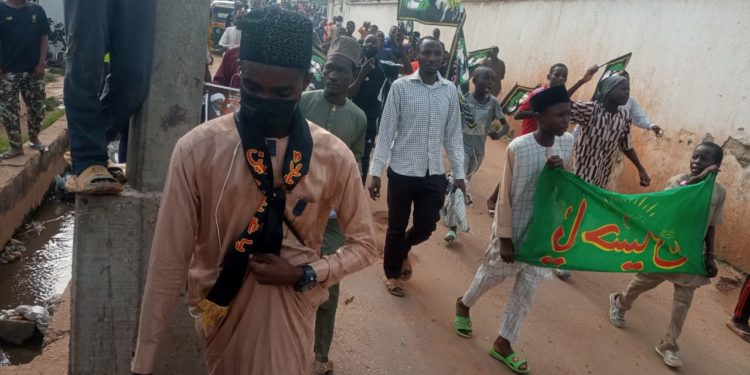 No fewer than six members of the Islamic Movement in Nigeria (IMN), otherwise known as Shites, were killed while an unspecified number was injured during a procession to mark this year’s Ashura Day in Zaria, Kaduna State.

He gave the names of those killed as Jafar Magaji Jushi, Kazeem Lawal Magume, Ali Lawal Samaru, Muhsin Badamasi Yakub Zakzaky, Umar Inuwa Anguwar Fatika and one other person whose name he could not immediately remember.

Malam Bello further explained that the total number of casualties have not been completely recorded yet but added that, “alot of them have been rushed to St Luke’s Hospital in Wusasa while those in critical condition were taken to ABU Teaching Hospital Shika, Zaria.”

When contacted, Kaduna State Police Public Relations Officer (PPRO), DSP Mohammed Jalinge, said he was aware of the incident but yet to be fully briefed on what actually transpired.

Meanwhile, the Ashura Day procession, which also took place at Leventis Roundabout and around Kawo Bridge in Kaduna metropolis respectively, was peaceful with no report of any incident.

One of the disciples of Malam Ibrahim El-Zakzaky, who led the procession in Kaduna, Aliyu Umar, said, “Today we came out in order to commemorate the day of Ashura.

“The importance of the day is a day of seeking for justice as the Imam Hussein did. We use this day to remind the people that this day is the day of justice and people should emulate Imam Hussein in seeking justice.”