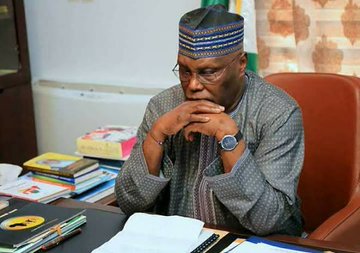 Presidential candidate of the Peoples Democratic Party (PDP), Atiku Abubakar, has called on government at all levels, as well as non-governmental institutions to ensure necessary reliefs get to those affected by the flooding disaster.

He stated this while sympathising with victims of the destructive recent flooding in states across the country.

Atiku in a press statement by his media office yesterday expressed sadness that the flooding that has ravaged such states like Jigawa, Kogi, Benue, Adamawa, Kebbi, Taraba, Kano, Bauchi, Anambra, Niger and Ebonyi, among others has left in its trails casualties in human lives and property, adding to the hardship that continues to grip Nigerians.

The PDP presidential flag bearer notes that “yet again, we have a situation in our hands that calls for national emergency both in the management of climate change challenges and providing palliatives to victims of the flooding disasters in order to soften the effect in the lives of individuals and families.”

He warned that with the alert from the meteorological agency that 24 states will still witness huge rainfall that may worsen the situation, it is imperative that those who live in the most vulnerable areas be temporarily evacuated to avert further loss of lives.