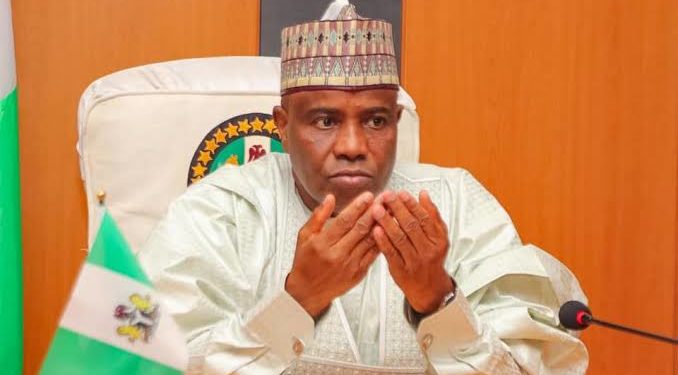 Unofficial reports put the number of people killed during the attack at 50.

Tambuwal, in a statement he personally signed on behalf of the government and people of Sokoto State, condoled with the governor of Ondo State, Rotimi Akeredolu and condemned in strong terms, the attack on the congregation at Owo Church.

“The brigandage of the heartless executioners on the innocent worshippers at the congregation during a service to mark the holiday of Pentecost, further demonstrates the abyss of bad governance and insecurity that our nation has fallen into in the past seven years.

“This is mortally unfortunate, terrifying and calls for a serious re-evaluation of the crass irresponsibility that have characterized rudderless steering of the ship of state.