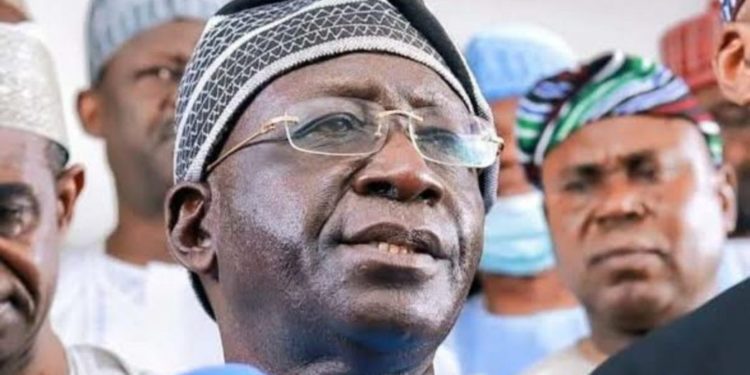 The national leadership of the Peoples Democratic Party (PDP), on Wednesday, said Senator Dr. Iyorchia Ayu remains the national chairman of the party.

The party further dismissed social media reports that Ayu has been suspended by the National Working Committee (NWC).

The PDP national publicity secretary, Hon. Debo Ologunagba, said the PDP and the NWC were united and Senator Ayu remains the mational chairman.

He said, “The attention of the National Working Committee (NWC) of the Peoples Democratic Party (PDP) has been drawn to a fictitious report being circulated in a section of the social media suggesting that the National Chairman of our great Party, His Excellency, Sen. Dr. Iyorchia Ayu has been suspended by the NWC.

“Such report is completely false and a product of the imagination of mischief makers with the intent to destabilize our Party, create an impression of crisis within our ranks and mislead the unsuspecting members of the public.

“It is clear that the false report is the handiwork of vicious anti-people forces who are agitated by the stability, unity and soaring popularity of our Party under the cohesive Sen. Dr. Ayu-led National Working Committee as well as the intimidating statures of our Presidential and Vice Presidential Candidates, His Excellency, Atiku Abubakar and His Excellency, Sen. Dr. Ifeanyi Okowa respectively.

“For clarity, our National Chairman, Sen. Dr. Iyorchia Ayu is on a short vacation outside of the country and he officially transmitted power to the Deputy National Chairman (North), His Excellency Amb. Umar Iliya Damagum, to perform his duties in Acting Capacity, pending his return, in line with the provision of the Constitution of the PDP 2017 (as amended).

“It is instructive to state that the Independent National Electoral Commission (INEC) was duly informed on the absence of our National Chairman and that Amb. Damagun will be performing the duties of the National Chairman in Acting Capacity pending Sen. Dr. Ayu’s return.

“For the avoidance of doubt, the PDP and the NWC is united and Sen. Dr. Iyorchia Ayu remains the National Chairman.

“The NWC therefore urges all members of our great Party, our teeming supporters, the media and the general public to disregard the said report as FAKE NEWS.”