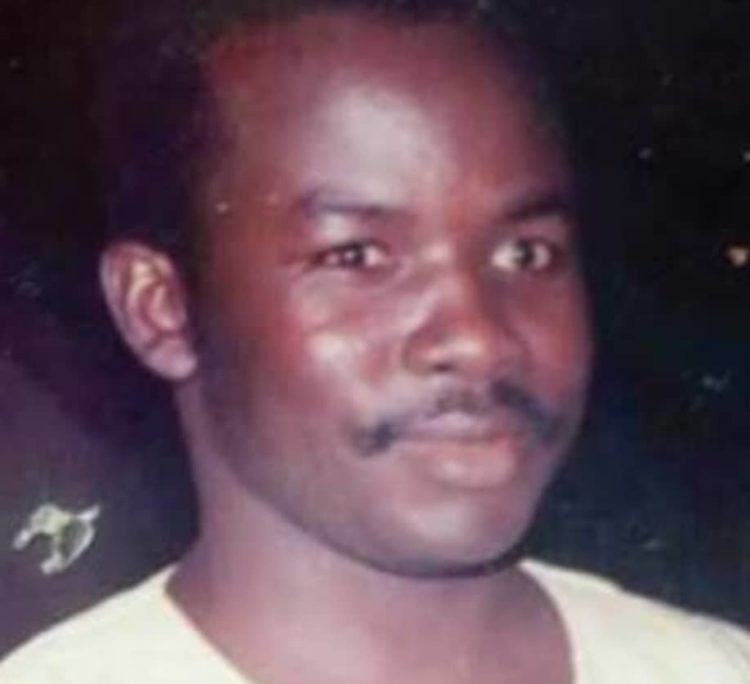 A member of the Nigerian Union of Journalists (NUJ) has shed more light on the 1995 bombing at Durbar Hotel in Kaduna during the regime of the late Gen. Sani Abacha, following a story narrated by an activist, Mahdi Shehu, in an interview on Arise TV earlier this week.

LEADERSHIP Weekend reports that a Kaduna-based doctor and activist, Mahdi Shehu, opened a can of worms in the Arise TV interview in which he alleged that Bagauda Kaltho, a journalist, was used by a United States diplomat, Russel Hank, to plant a bomb at Durbar Hotel in Kaduna during which he was killed in 1995.

Kaltho was a correspondent with The News Magazine and, until now, was believed to have been murdered through a bomb linked to state authorities during the brutal reign of the late General Sani Abacha.

He said, “The thing happened during Abacha’s government. Now Mahdi Shehu went to analyze it on TV, saying that when he came out from that American’s room, he met Bagauda Kaltho at the door. But what we heard, which was what actually happened, was that the South West press buried it (the true story of what happened).

“We were at Durbar Hotel for an assignment, and we left for the secretariat when we heard that there was a bomb blast, so the NUJ chairman at that time and some few others, including one other person who is now a member of House of Representatives, Rima Shawulu, representing Tukum/Donga/Ussa Federal Constituency (PDP), Taraba State, went to the hospital to see the body of Bagauda.

“The bomb blast actually came from the toilet, and  according to reports, his hands were chopped off, but what we heard was that the Southern press took it from a different angle (which is) that the Abacha government wanted him dead.”

The anonymous journalist went on: “The man that can confirm this story is in Abuja, Rimas  Shawulu, because he was also sitting with us on that night. By the time we finished the assignment at Durbar Hotel, they had already taken them to the hospital.

“When we got there, the NUJ council chairman and the three of us, it was a bad situation; they took it upon themselves (to report) that it was the Abacha government that wanted to kill him. At that time, the Southern media was very powerful.

“The NUJ Council chairman, Rima Shawulu, and the rest of them saw the body at the hospital; the hands were chopped off.

When a man’s hand was chopped off, what chopped it off?”

However, the wife of the missing journalist, Maltha Kaltha, in response to the allegation, defended her late husband against Mahdi Shehu’s assertion and called for an investigation into the whole episode. She said her husband did not plant the bomb, and that she last saw him after Christmas of 1996.

Meanwhile, a media rights group, Journalists for Democratic Rights (JODER), has added its voice to the calls for an investigation into the disappearance of Bagaudo Kaltho, a journalist with defunct The News Magazine at the time, and who went missing and was presumed killed during the regime Gen. Sani Abacha.

It told Shehu to provide more clarity on the allegation he has made.

The group, in a statement signed by its official, Mr Adewale Adeoye, called on the National Assembly to institute a Judicial panel of inquiry to investigate Dr Mahdi’s claims so ascertain the facts about the murder of Bagauda Kaltho.

Mahdi Shehu, in the interview on Arise TV, had claimed he refused a parcel bomb given to him by one US envoy Russel Hanks, even as he gave the impression that Kaltho was later given the parcel bomb by the American which led to his death.

The statement said, “Dr Shehu’s fresh attempt to link the death of Bagauda Kaltho to an official of the United States Embassy has raised fresh concerns not only about the heinous crime committed against the late Kaltho but also against the Nigerian media.

“This is one issue that should not be allowed to go unprobed”.

The group said Mahdi’s position had added new twist to what had remained an unresolved murder, adding that it should be in the interest of the media to pursue the matter to its logical conclusion.

The group said Mahdi “has left many gaps in his story which make his conclusion appear questionable and, therefore, calls for further investigations by independent parties so that those responsible for Kaltho’s death will be held accountable based on convincing and incontrovertible evidence.

“Dr Shehu’s claims are too plain to be believed, especially his statement that the American gave him a parcel bomb to attack Durbar Hotel in Kaduna in June 1995 for N1 million.

“It looks too curious that an American diplomat would work so openly, handing over a parcel bomb to someone he met in few days; it sounds difficult to believe that the official, even if he was a secret agent, would make himself so vulnerable to easy exposure by a relatively unknown third party.

“In the complex realm of international diplomacy, it is difficult to believe that the political attaché of the US would personally hand over a parcel bomb in a public place like Durbar Hotel without even the fear of a set-up by the Nigerian state.

But if this was the case, Shehu needs to come forward with more information that will help unravel the murder of Kaltho

“It is also curious that while Shehu claimed he reported the issue to the late General Sani Abacha, the same dictator did nothing about it to expose the alleged conspiracy, knowing the bitter feud at that time between Abacha and Western nations,” JODER said.

The media rights body further wondered why Shehu, as he claimed, shared the information only with the ruling brutal military regime at the time but not with the Nigerian Union of Journalists (NUJ), any media rights group or any civil society organisation in Nigeria or abroad.

Consequently, JODER called on the NUJ and all media institutions to rise up to the occasion and push for the unravelling of one of the most grievous crimes in the history of the Nigerian media.

The group said, “Shehu owes the Nigerian media broader explanations why he did not come forward during the Oputa Panel to speak on Kaltho’s death and why he had to wait for 27 years (to do so).”

The group further challenged Mahdi to come up with coherent and indisputable evidence; otherwise, he would leave the media and Nigerians with the strong suspicion that Kaltho’s death is being used to reap cheap political gains.

JODER went on: “Unless Shehu establishes a more realistic proof, two issues will be associated with his statement: a conscious attempt to promote some political interests and an unhidden intention to destroy the legacy of forces that fought against the draconian military regime that stunted Nigeria in the 1990s, which prompted the emergence of pro-democracy forces supported by democratic nations, including but not limited to the United States.”

The group stated further that Shehu “needs to be held accountable by Nigerian journalists to explain in full the circumstances of his position and, if possible, if there are other hidden motives unknown to Nigerians.

“Nigerians need to know if Shehu was revealing relevant information or trying to add to the thick layers of cover-up and create a diversion from the real killers of Baguado Kaltho.”