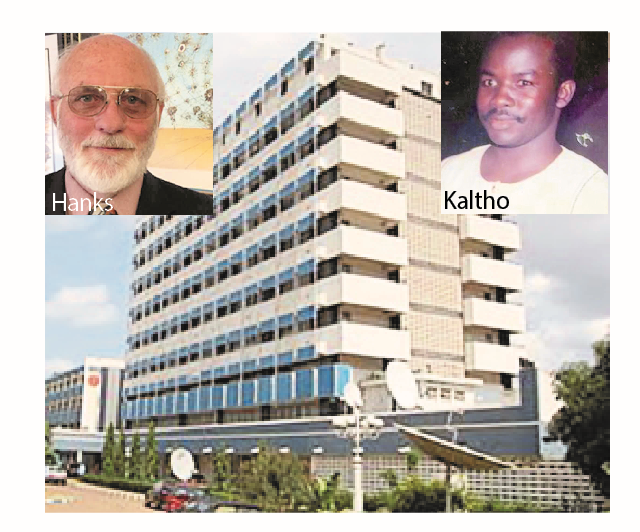 Kaduna Hotels Company Limited, which manages Hamdala Hotel, Kaduna, has said it has no records of any guest in the name of Russel Hanks lodging in the hotel.

LEADERSHIP reports that a Kaduna-based activist, Shehu Mahdi, had said in a television interview that an ex-US envoy to Nigeria, Russell Hanks, lodged in the hotel during the controversial bomb explosion that resulted in the death or disappearance of a journalist, Bagauda Kaltho, in 1995.

Mahdi had, in an interview with Arise News, insinuated that Hanks may have recruited Bagauda Kaltho to plant the bomb which exploded at Dubar Hotel in Kaduna.

Hamdala Hotel, in a reply signed by Mr David I. Kuma for the managing director, to LEADERSHIP’s enquiry conveyed in a letter dated 28th September, 2022,  which requested the lodging records of Hanks, said, “This is to inform you that the records of the guest you are requesting, Russell Hanks, cannot be traced and Hamdala had no knowledge of such guest.”

Mahdi, in the said interview, had said that Hanks had offered him N1 million to plant a bomb at Durbar Hotel in Kaduna to unsettle the Abacha regime, which he turned down outright, but that as he was leaving the Hamdala Hotel room where he had met with Hanks, he met Bagauda Kaltho going in to meet the US envoy, and that four or five hours later, a bomb went off in Durbar Hotel, raising the possibility that the missing journalist may have taken Mr Hanks’ offer.

When LEADERSHIP contacted him, Mr Hanks admitted he was at the places mentioned, but that he would not make any comment until the US embassy spoke on the issue.

Meanwhile, Mrs Kaltho dismissed Mahdi’s claim and called on the federal government to reopen investigation into her husband’s disappearance which happened during the military regime of Gen Abacha.

“I don’t agree that my husband was the one that planted any bomb because this is just misinformation to give him a black (bad) name, and so the government should come in and investigate seriously so that the story can be laid to rest. Let us know exactly what happened. Those involved, the American officer, if he is alive, let him come and testify; he should be invited to come and say what he exactly knows.

“You know, during the Abacha regime, there were threats to journalists. He was one of those that they declared wanted dead or alive. So, since that time he had been in hiding; at times he comes home briefly, he’ll stay and then go back until the unfortunate happenings in which his whereabouts are unknown since then,” she said.