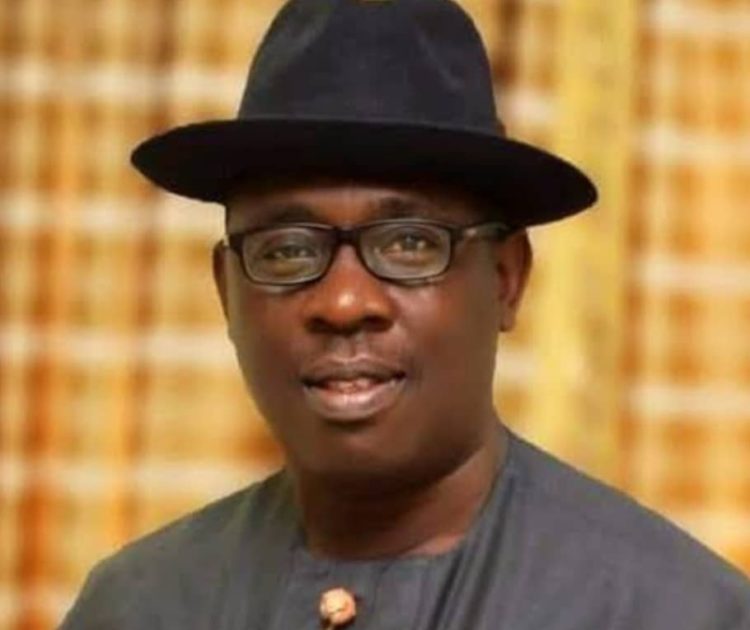 Operatives of the Nigerian Police Force (NPF) have arrested a former Speaker of the Bayelsa State House of Assembly and Bayelsa Central Senatorial candidate for the 2023 elections on the platform of the Peoples Democratic Party (PDP), Hon. Friday Konbowei Benson, over alleged certificate forgery.

Benson, who is immediate-past Secretary to the State Government, had during the PDP primaries defeated incumbent Bayelsa Central Senator, Moses Cleopas, by polling 110 votes to emerge as the party’s standard bearer as against the latter, who polled 22 votes.

Cleopas cried foul over modalities adopted for the primary election and consequently dragged Benson before the Federal High Court in Yenagoa, accusing him of allegedly submitting forged documents to the Independent National Electoral Commission (INEC).

LEADERSHIP gathered that a special team of Police officers attached to the office of the Inspector-General of Police on Wednesday stormed Yenagoa, the Bayelsa State capital to arrest Benson.

He was said to have been taken to the State Criminal Investigation Department (SCID) where his statement was taken.

The State Commissioner of Police, Ben Okolo, who confirmed the presence of the IGP team in the State, however, said he was not aware of the reasons or the case it was investigating in the State.

When contacted, Senator Cleopas in a telephone interview denied instigating the Police to arrest his opponent.

“The Nigeria Police is not under my control, so I cannot influence them to do their job. They are doing their work,” the lawmaker said.

Probed further that he was said to have written a petition against Benson which led to his arrest, Cleopas said he has a right to write a petition.

“I am a Nigerian citizen who has fundamental human rights to write a petition against somebody I believe used forged documents to contest against me,” he added.

Sources close to Benson, however, said there was no cause for alarm, noting that there is nothing new in the allegations against Benson from all that are contained in the case before the Court.

The source expressed confidence that Benson would defend himself because he has nothing to hide as the allegation was a non-issue.